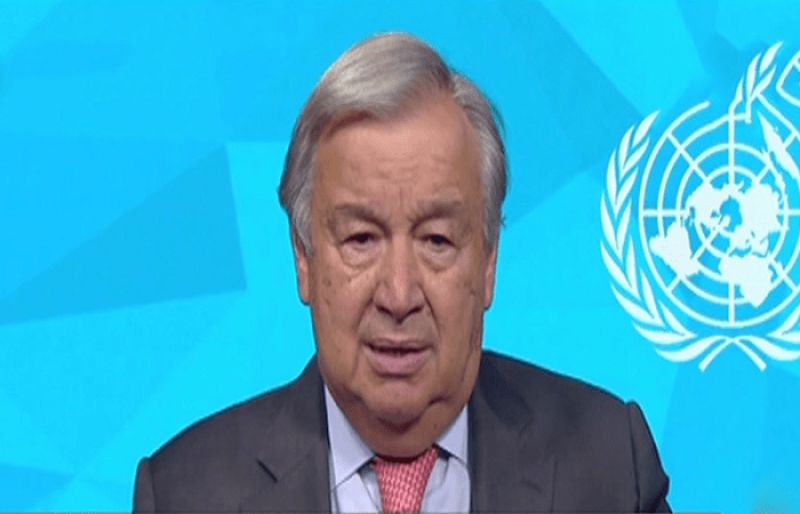 United Nations Secretary General António Guterres will travel to Pakistan next week on a “solidarity visit” and meet people impacted by the “historic floods” that have hit the country this year, according to a statement issued by the international body on Tuesday.

“He is expected to arrive in Islamabad on Friday, September 9, and travel to the areas most impacted by this unprecedented climate catastrophe,” it said.

“The Secretary-General will meet with displaced families and also witness how we are working, in collaboration with our humanitarian partners, to support the government’s relief efforts and provide assistance to millions of people.”

The UN statement added that Guterres was expected back in New York on September 11.

The development was welcomed by Ministry of Foreign Affairs spokesperson Asim Iftikhar Ahmad.

“This is going to be significant and will contribute in a big way our collective effort to highlight the impact of this disaster and to utilise this visit by UNSG to further mobilise international assistance,” he said, adding that Pakistan would be looking forward to welcoming the secretary general.

The Pakistani people are facing a monsoon on steroids. More than 1000 people have been killed – with millions more lives shattered.

This colossal crisis requires urgent, collective action to help the Government & people of Pakistan in their hour of need. pic.twitter.com/aVFFy4Irwa

The catastrophic floods in Pakistan have killed more than 1,100 people, destroyed infrastructure and crops, and affected 33 million people.

Earlier in the day, the UN and the Pakistani government issued a flash appeal for $160m to help the country cope with the disaster. The funds will provide 5.2m people with food, water, sanitation, emergency education, protection and health support.

In a video message played at the Foreign Office today, the UN chief called the flooding a “colossal crisis”.

“Pakistan is awash in suffering. The Pakistani people are facing a monsoon on steroids — the relentless impact of epochal levels of rain and flooding,” Guterres said.

He branded the floods a “climate catastrophe”, saying South Asia was one of the world’s climate crisis hotspots. “People living in these hotspots are 15 times more likely to die from climate impacts,” the UN secretary-general said.

“As we continue to see more and more extreme weather events around the world, it is outrageous that climate action is being put on the back burner as global emissions of greenhouse gases are still rising, putting all of us — everywhere — in growing danger,” he added.

Later, in a tweet, he urged the world to “stop sleepwalking towards the destruction of our planet by climate change”.

“Today, it is Pakistan. Tomorrow, it could be your country,” Guterres added.