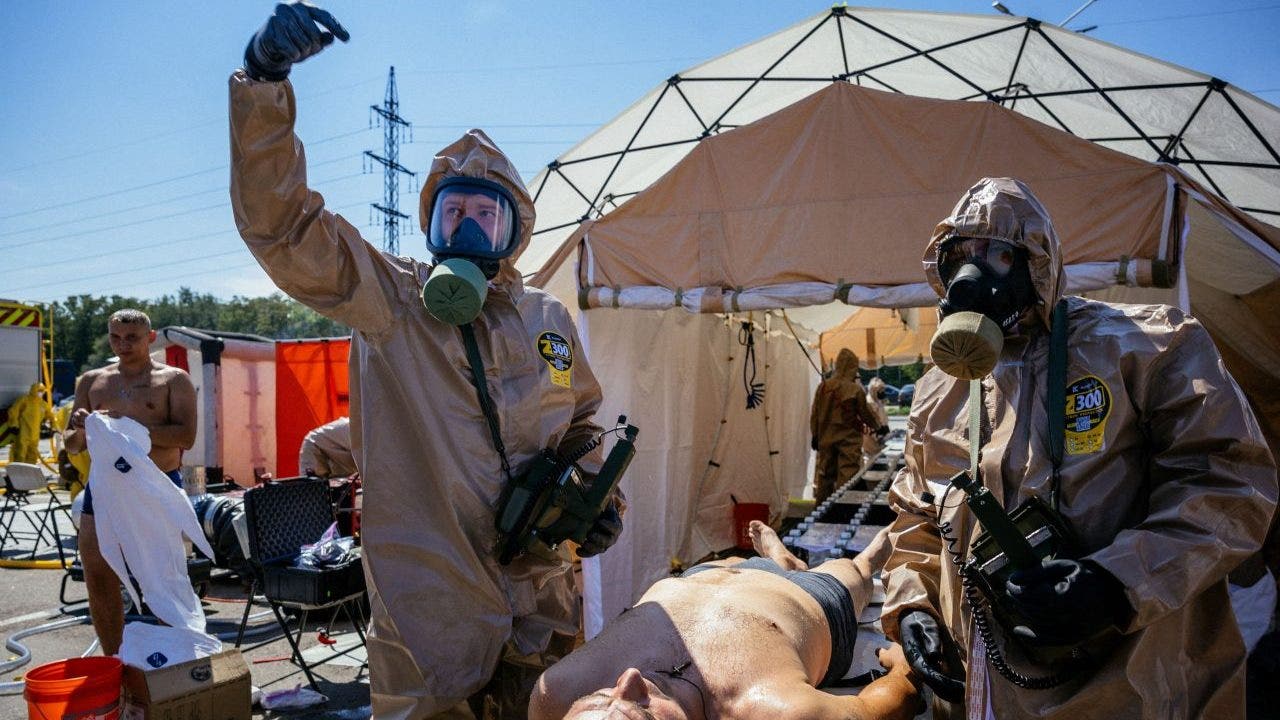 The fifth reactor at the Zaporizhzhia Nuclear Power Plant in Ukraine was shut down over safety concerns after shelling near the plant Thursday morning.

Multiple explosions and fighting have been reported in the Ukrainian city of Enerhodar, where the nuclear plant – Europe’s largest – is located. The fighting comes the same day as the United Nations’ nuclear watchdog, the International Atomic Energy Agency (IAEA), was attempting to reach the facility for an inspection amid growing concerns over a potential nuclear disaster as a result of fighting around the plant.

Ukrainian and Russian authorities have traded blame for the violence around the area, with Ukraine’s state nuclear power company Energoatom saying that the latest shutdown was the result of “another mortar shelling by the Russian occupying forces at the site of the Zaporizhzhya NPP.”

Ukrainian Emergency Ministry rescuers attend an exercise in the city of Zaporizhzhia on August 17, 2022, in case of a possible nuclear incident at the Zaporizhzhia nuclear power plant located near the city.
(DIMITAR DILKOFF/AFP via Getty Images)

“This is the second time in the last 10 days that the criminal actions of the rioters have led to the shutdown of the unit and power outage of the station,” the company said in a statement.

Ukrainian military officials have taken to social media to claim that Russian artillery and helicopters were shelling the route through Enerhodar that UN officials were supposed to take to the facility Thursday, while Russian authorities countered that Ukrainian forces had attempted to retake the Russian-occupied plant in an early morning attack but were repelled by Russian forces.

UN officials eventually arrived at the plant later Thursday despite the increased violence in the area, following through on their promise to reach the site after hours of delays.

“We have a very, very important task there to perform, to assess the real situation there, to help stabilize the situation as much as we can,” IAEA Director General Rafael Grossi told reporters Wednesday. “I am really very conscious of the of the relevance of this moment, but we are ready. The IAEA is ready.”