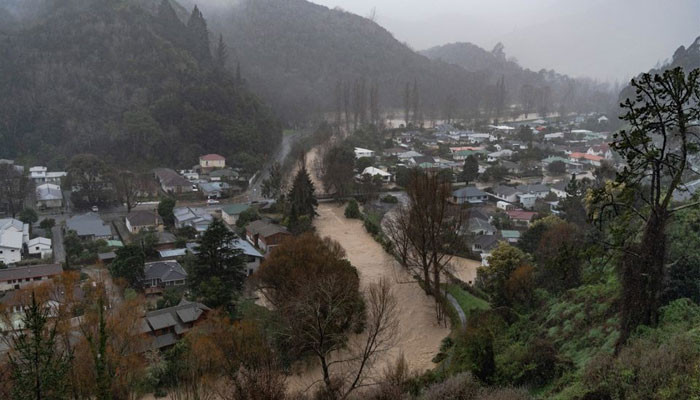 New Zealand retained a state of emergency in parts of its flood-battered South Island on Sunday as authorities weighed damage in the region hardest hit by four days of torrential rain.

Last week’s rains in northern and central areas forced more than 500 people from their homes, making some uninhabitable.

The South Island city of Nelson has been worst affected, but towns in the North Island have also been cut off by floods that swamped roads and homes.

Authorities in the region around Nelson said there had been no serious weather incidents or evacuations overnight, however.

“We are working as quickly as we can to get people home safely,” emergency management officials said, adding that while they had looked at about half the affected properties, detailed inspections could need days, depending on the weather.

“We have a big task, and inspecting for land instability is more complex than for flooding.”

While the extreme weather has eased, warnings against heavy rain stay in western Tasman and Fiordland on the South Island, forecaster Metservice said on its website.

A state of emergency continues in the regions of Marlborough, West Coast and Nelson-Tasman, national emergency officials have said.

“Listen to local authorities and follow any instructions to evacuate,” the agency said on its website. “If you feel unsafe, you should self-evacuate.”

On Saturday, Kieran McAnulty, the emergency management minister, thanked rescuers but added that recovery would be a “long and difficult” process.