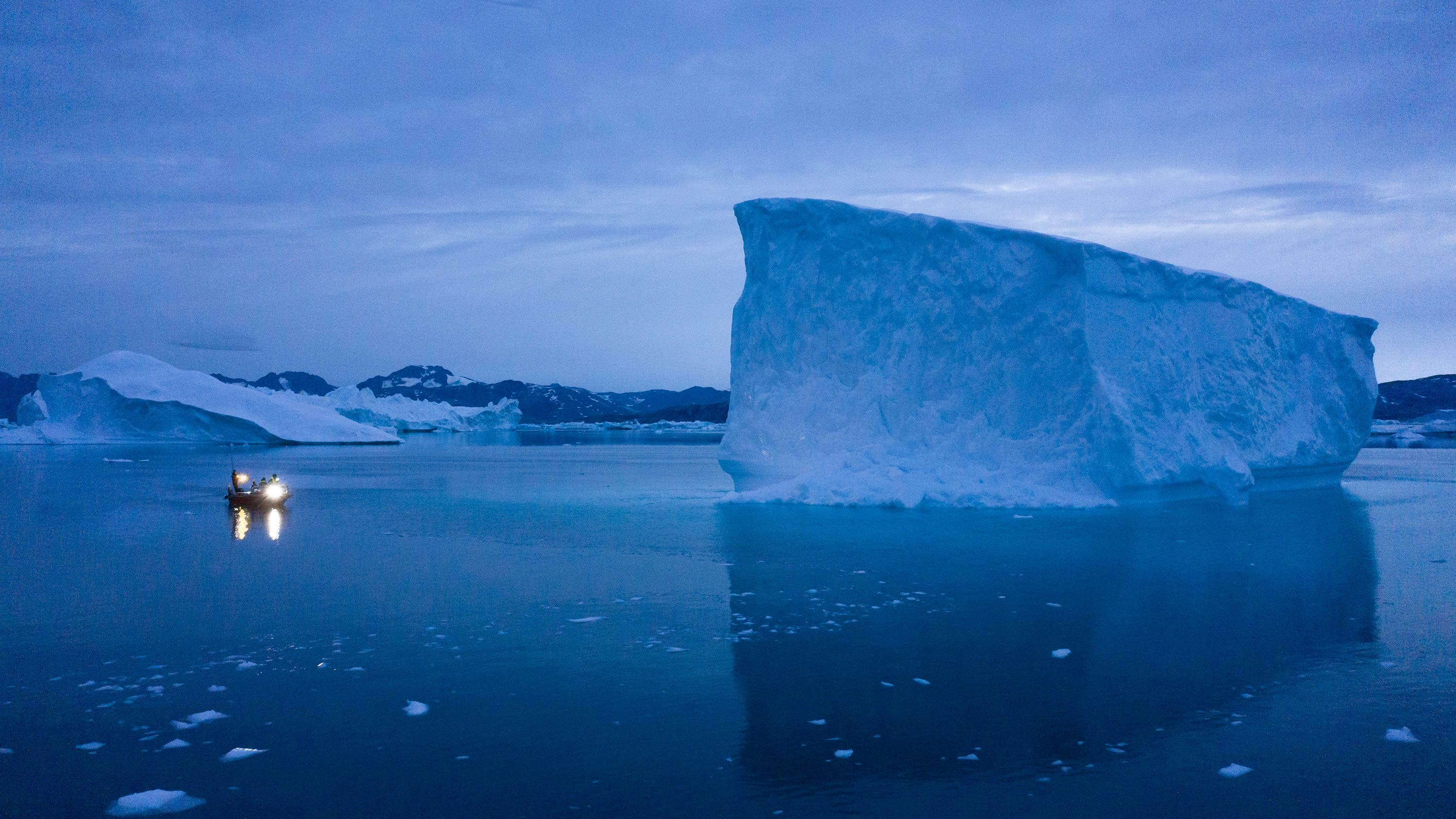 Zombie ice from the massive Greenland ice sheet will eventually raise global sea level by at least 10 inches on its own, according to a study released Monday.

Zombie or doomed ice is ice that is still attached to thicker areas of ice, but is no longer getting fed by those larger glaciers. That’s because the parent glaciers are getting less replenishing snow. Meanwhile the doomed ice is melting from climate change, said study co-author William Colgan, a glaciologist at the Geological Survey of Denmark and Greenland.

“It’s dead ice. It’s just going to melt and disappear from the ice sheet,” Colgan said in an interview. “This ice has been consigned to the ocean, regardless of what climate (emissions) scenario we take now.”

Study lead author Jason Box, a glaciologist at the Greenland survey, said it is “more like one foot in the grave.”

The unavoidable ten inches in the study is more than twice as much sea level rise as scientists had previously expected from the melting of Greenland’s ice sheet. The study in the journal Nature Climate Change said it could reach as much as 30 inches. By contrast, last year’s Intergovernmental Panel on Climate Change report projected a range of 2 to 5 inches for likely sea level rise from Greenland ice melt by the year 2100.

“Zombie ice”, or ice that has broken away from the glaciers that feed them, is pictured here in eastern Greenland on Aug. 15, 2019, and may cause ocean levels to rise by ten inches after they melt.
(AP Photo/Felipe Dana, File)

What scientists did for the study was look at the ice in balance. In perfect equilibrium, snowfall in the mountains in Greenland flows down and recharges and thickens the sides of glaciers, balancing out what’s melting on the edges. But in the last few decades there’s less replenishment and more melting, creating imbalance. Study authors looked at the ratio of what’s being added to what’s being lost and calculated that 3.3% of Greenland’s total ice volume will melt no matter what happens with the world cutting carbon pollution, Colgan said.

“I think starving would be a good phrase,” for what’s happening to the ice, Colgan said.

One of the study authors said that more than 120 trillion tons of ice is already doomed to melt from the warming ice sheet’s inability to replenish its edges. When that ice melts into water, if it were concentrated only over the United States, it would be 37 feet (11 meters) deep.

This is the first time scientists calculated a minimum ice loss — and accompanying sea level rise — for Greenland, one of Earth’s two massive ice sheets that are slowly shrinking because of climate change from burning coal, oil and natural gas. Scientists used an accepted technique for calculating minimum committed ice loss, the one used on mountain glaciers for the entire giant frozen island.

Pennsylvania State University glaciologist Richard Alley, who wasn’t part of the study but said it made sense, said the committed melting and sea level rise is like an ice cube put in a cup of hot tea in a warm room.

“You have committed mass loss from the ice,” Alley said in an email. “In the same way most of the world’s mountain glaciers and the edges of Greenland would continue losing mass if temperatures were stabilized at modern levels because they have been put into warmer air just as your ice cube was put in warmer tea.”

Although 10 inches doesn’t sound like much, that’s a global average. Some coastal areas will be hit with more, and high tides and storms on top of that could be even worse, so this much sea level rise “will have huge societal, economic and environmental impacts,” said Ellyn Enderlin, a geosciences professor at Boise State University.

Time is the key unknown here and a bit of a problem with the study, said two outside ice scientists, Leigh Stearns of the University of Kansas and Sophie Nowicki of the University of Buffalo. The researchers in the study said they couldn’t estimate the timing of the committed melting, yet in the last sentence they mention, “within this century,” without supporting it, Stearns said.

Colgan responded that the team doesn’t know how long it will take for all the doomed ice to melt, but making an educated guess, it would probably be by the end of this century or at least by 2150.

Colgan said this is actually all a best case scenario. The year 2012 (and to a different degree 2019 ) was a huge melt year, when the equilibrium between adding and subtracting ice was most out of balance. If Earth starts to undergo more years like 2012, Greenland melt could trigger 30 inches of sea level rise, he said. Those two years seem extreme now, but years that look normal now would have been extreme 50 years ago, he said.