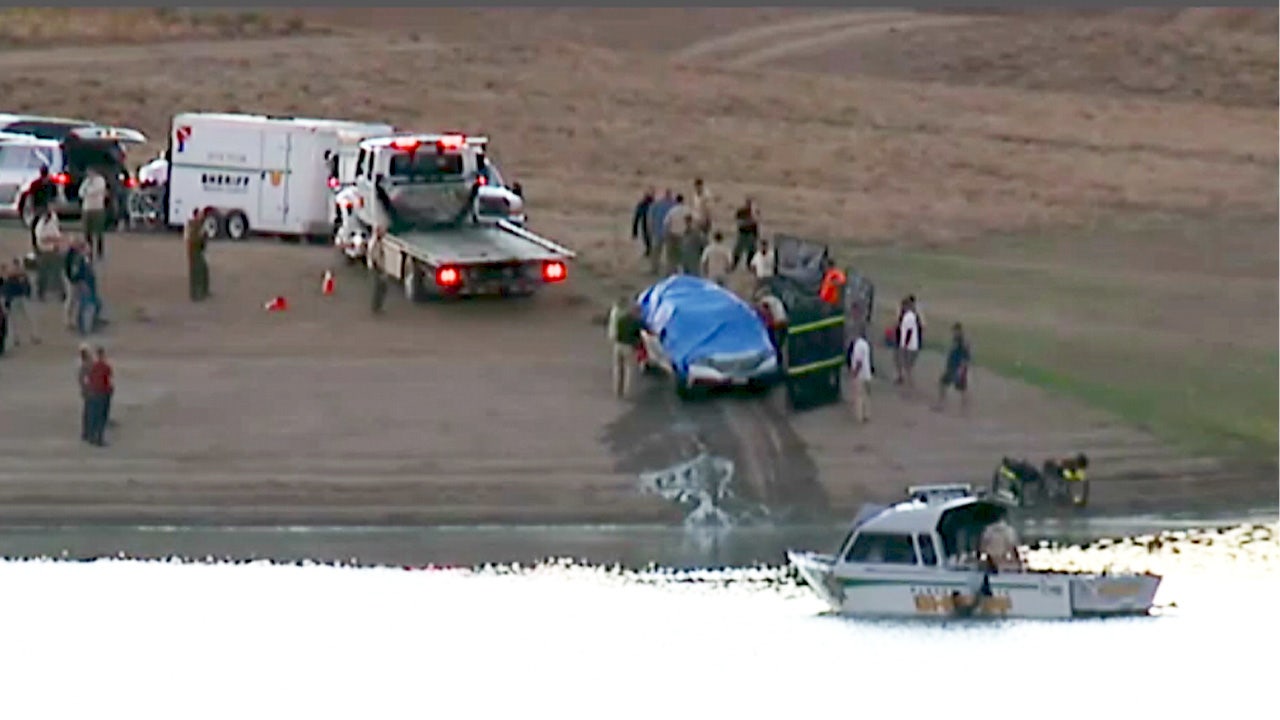 Authorities pulled a white SUV from a California reservoir on Sunday evening – following claims from a private dive team that they found the body of missing 16-year-old Kiely Rodni.

Authorities have not confirmed that Rodni has been found. Officials will hold a press conference on Monday to give an update on the search.

The SUV was pulled from the water near the campground where Rodni vanished from about two weeks ago. It is unclear if the vehicle – which was removed from Prosser Creek Reservoir – belonged to Rodni.

Adventures with Purpose, a popular YouTube channel that assists in missing persons cases, claimed that they found her car upside down in 14 feet of water with her inside of it.

A spokesperson for the Placer County Sheriff’s Office said that they are working to confirm the reports and their dive team is on the way to the lake.

Rodni vanished from a party at a campground in Truckee, California, in the early morning hours of Aug. 6.

Authorities spent weeks searching wooded areas near Prosser Family Campground in Tahoe National Forest that locals call “The Campground,” where Rodni was last seen around 12:30 a.m. on Aug. 6 at an estimated 300-person party that began on the night of Aug. 5.

Officials began picking up and bagging evidence in the camping area on Aug. 11.

MISSING KIELY RODNI: A TIMELINE OF THE 16-YEAR-OLD’S DISAPPEARANCE FROM CAMPGROUND PARTY

The party Rodni attended at the campground on the weekend of Aug. 6 before she vanished included hundreds of attendees, as well as drugs and alcohol.

Authorities believe she may have been abducted and are treating their investigation as an abduction. After her disappearance, Placer County officials activated the CodeRed Alert System, which sends alerts to the some-100,000-person Placer County population.

Rodni’s vehicle, a silver Honda CRV that she drove to the party, also disappeared from the campground on the morning of Aug. 6.

Police said she last spoke with friends and family shortly after midnight on Aug. 6 and that her phone was turned off around 12:33 a.m.

The car was pulled up from Prosser Creek Reservoir on Sunday evening as part of search efforts for California teenager Kiely Rodni.
(KTXL)

Anyone with information about the case is asked to call the Placer County Sheriff’s Office’s dedicated tip line at 530-581-6320. Callers can remain anonymous. Those with photos and videos that may assist with the investigation into Rodni’s disappearance can submit them to officials here.

Michael Ruiz is a reporter for Fox News Digital. Story tips can be sent to michael.ruiz@fox.com and on Twitter: @mikerreports