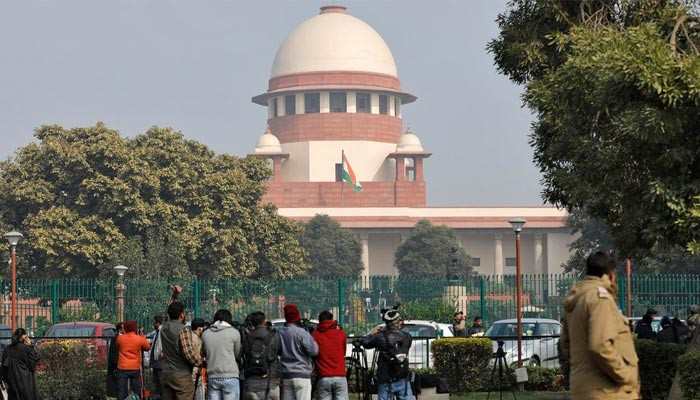 NEW DELHI: India’s Supreme Court will hold a hearing on a petition challenging the release last week of 11 men convicted of gang-raping a pregnant Muslim woman during Hindu-Muslim riots in 2002 in the western state of Gujarat.

Last Monday, authorities in the Panchmahals district of Gujarat released the men after considering the time they had served after their conviction in 2008 and their behaviour while jailed. However, critics contend that their discharge contradicts the government’s stated policy of uplifting women in a country with numerous, well-documented instances of violence against them.

The Court verbally agreed on Tuesday to hear a Public Interest Litigation petition to reverse the state’s remission order freeing the men, Kapil Sibal, an attorney representing a group of women seeking the reversal, told Reuters.

The women include Subhashini Ali, an Indian politician and member of the Communist Party of India, Revati Laul, an independent journalist, and Mahua Moitra, a member of parliament form the opposition Trinamool Congress Party, Sibal said.

The petition holds that the men must serve their full life sentences.

The violence in Gujarat in 2002 was one of India’s worst religious riots and more than 1,000 people died, most of them Muslims.

The months-long riots were triggered after a train carrying Hindu pilgrims caught fire. Hindus accused Muslims of setting the fire but Muslims said the train attack was part of a conspiracy to target their community.

During the riots, the 11 men, all Hindu, gang-raped a pregnant Muslim woman and her three-year-old daughter was among those 14 killed by a mob.

Current Indian Prime Minister Narendra Modi was Gujarat’s chief minister at the time of the riots and his Hindu nationalist Bharatiya Janata Party continues to rule the state.

The rape victim’s husband, Bilkis Yakoob Rasool, earlier said the courts and the government did not tell them the convicted men would be released and that it had shaken his faith in justice.