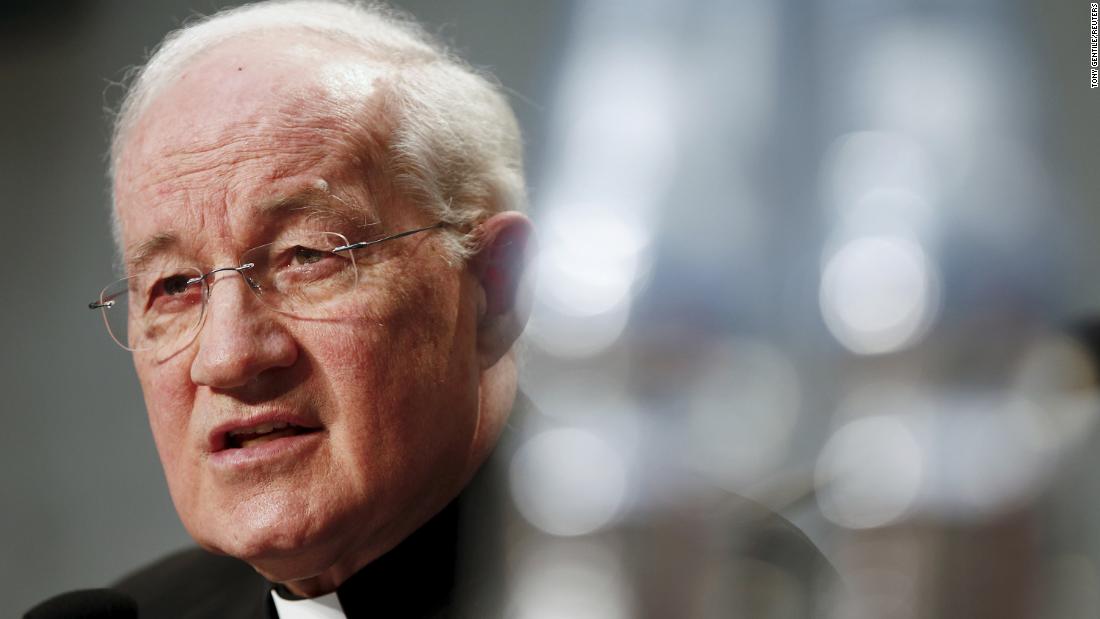 In that lawsuit, a woman identified as “F” alleges she was touched against her will by Cardinal Marc Ouellet and forced to perform sex acts on another priest, Father Leopold Manirabarusha.

In the lawsuit, “F” said the incident was intrusive and left her feeling uneasy.

“F” claimed one of the last times she came in contact with Ouellet was in February 2010. According to the lawsuit, Ouellet told her he could kiss her again because “there is no harm in spoiling yourself a little.”

“F” said she didn’t say anything because she was worried her internship and professional future depended on Ouellet, according to the lawsuit.

After attending a training on sexual assault, “F” started having flashbacks of what she said she had experienced with Cardinal Marc Ouellet, according to the lawsuit. She realized that Ouellet’s interactions with her constituted touching of a sexual nature without consent and therefore sexual assault, according to the lawsuit, and decided to tell her new partner and a few female friends.

One of these friends advised her to talk to the Advisory Committee for Sexual Abuse of Minors and Vulnerable People of the Catholic Church of Quebec about these sexual assaults, according to the lawsuit.

A statement released by Matteo Bruni, director of the Vatican press office, said a preliminary investigation conducted by Fr. Jacques Servais, S.I., at the Pope’s request, concluded “that there are no elements to initiate a trial against Cardinal Ouellet for sexual assault.”

“Following further pertinent consultations, Pope Francis declares that there are insufficient elements to open a canonical investigation for sexual assault by Cardinal Ouellet against the person F,” Bruni said in the statement

The Catholic Archdiocese of Quebec acknowledged the allegations made in the lawsuit against Cardinal Ouellet but said it has no comment.

Additionally, in the lawsuit, “F” described sexual assaults by another priest of the Diocese of Quebec, Father Leopold Manirabarusha.

“F” alleged she was forced to perform sex acts for Manirabarusha while she was an employee of the diocese, according to the filing. She alleged in the lawsuit that one day Manirabarusha took her to his library and made it clear he expected her to perform oral sex on him. “F” complied with his demands, seeing no other way out.

On about 15 different occasions, according to the lawsuit, Manirabarusha sexually assaulted her in various places, including church property and a hotel.

The Archdiocese of Quebec confirmed Manirabarusha is still a Catholic priest and said, “but he has been off-duty for a suspension since the beginning of April. So, until the whole affair is settled, he cannot have any pastoral intervention with people.”

Cardinal Marc Ouellet has been one of the most prominent Vatican cardinals for over a decade. His name was raised during the Conclave of 2013 as a possible Pope, according to CNN reporting from the time.

He has headed the powerful Vatican office of Bishops since 2010. The office is responsible for vetting and overseeing Catholic bishops worldwide and works closely with Pope Francis. Cardinal Ouellet typically meets weekly with the Pope to keep him informed of developments in his office, according to published bulletins of the Pope’s meetings.

In 2019, upon turning 75, Ouellet submitted his resignation to Pope Francis as required by Vatican law, but Francis did not accept it, as CNN has confirmed that Ouellet remains in his position.

The Royal Canadian Mounted Police, in an email to CNN, said it is unable to confirm if there is a criminal investigation and that investigations are usually confirmed if and when criminal charges are recommended against someone.

CNN has reached out to the Quebec City Director of Criminal and Penal Prosecutions about possible criminal investigations and was told via email it has no public information concerning this case for the moment.

SNAP, the Survivors Network of those Abused by Priests, which has been providing support for victims of sexual abuse in institutional settings for 30 years, released a statement saying: “We applaud the bravery of all the victims who are involved in this case for coming forward and hope they are able to receive the justice and healing they deserve. We especially recognize that given the prominence of the man who she has accused, the alleged victim of Cardinal Ouellet will no doubt receive intense public scrutiny, and we recognize that for her to have come forward has taken considerable courage.”