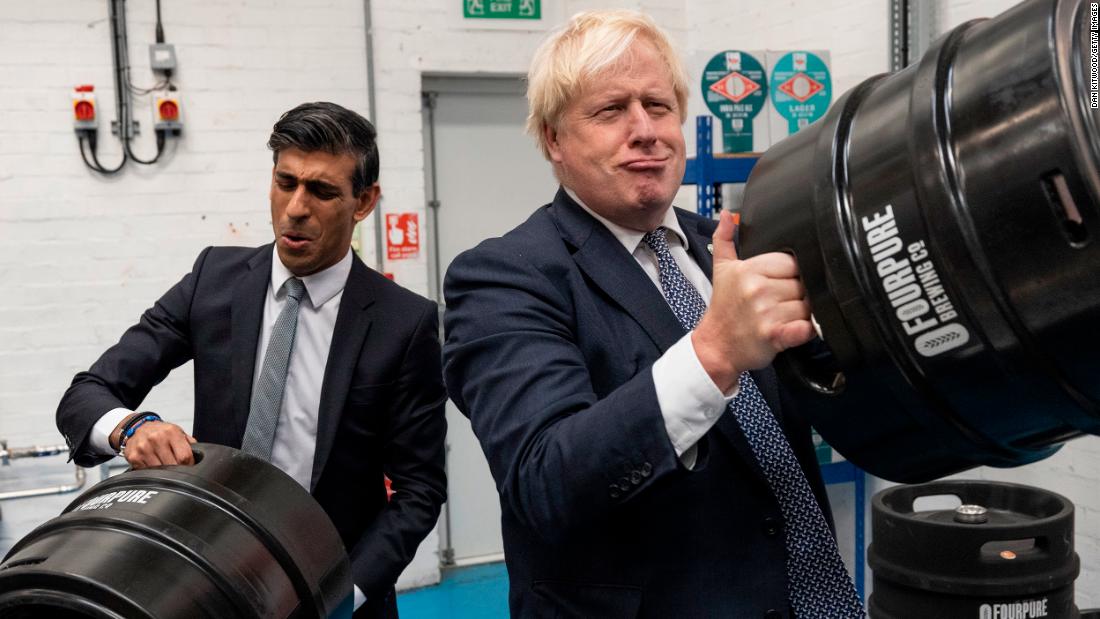 Matthew Taylor, chief executive of the National Health Service Confederation, said in a statement that many “could face the awful choice between skipping meals to heat their homes and having to live in in cold, damp and very unpleasant conditions … These outbreaks will strike just as the NHS is likely to experience the most difficult winter on record.”

The highly unusual intervention comes after weeks of warnings that the UK is at only the start of the worst cost-of-living crisis for generations.

Inflation passed 10% earlier this week, placing a greater strain on households who are already struggling to make ends meet. The country is on track to enter recession, with GDP expected to continue shrinking through the end of the year and beyond.

On top of the economic pain, transport and dock workers are striking, and there are warnings of further industrial action across the public and private sector. Even some lawyers in criminal cases have gone on strike, causing disruption in the already clogged courts.

Outgoing Prime Minister Boris Johnson, however, is on his second holiday of the summer. When pressed on why Johnson is not back in London coming up with an urgent action plan, Downing Street says that major spending plans should be taken by the next Prime Minister.

Johnson’s replacement — either Liz Truss, the current foreign secretary, or Rishi Sunak, the former finance minister whose resignation sparked his eventual downfall — will not be in place until September 5. That is almost two months to the day since Johnson announced he would step aside, ignoring calls for him to leave office immediately and allow a new leader to get on with the business of governing.

The next Prime Minister will not be elected by the British public, but by the members of the ruling Conservative party, thought to comprise fewer than 200,000 people in a nation of around 67 million.

This is entirely constitutionally correct. In the UK, voters elect a local member of Parliament. The party with the most seats — and, with any luck, the majority needed to pass legislation in Parliament — requests the permission of the monarch to form a government. Conventionally, the leader of that party becomes the Prime Minister.

In 2019, Johnson won an 80-seat majority in Parliament. While that has since diminished, the Conservative party still commands a majority and therefore, is still able to govern.

So why, then, are Johnson’s allies saying it is for the next Prime Minister to take action on providing financial support for those suffering amid the cost-of-living crisis, given the urgency of the situation and the fact that the professional civil service could work on the myriad problems if so directed.

A government spokesperson told CNN that while “fiscal decisions for the coming months will be for the next Prime Minister, we are continuing to support people directly now with financial support as part of our existing £37 billion package which will continue to arrive in the weeks and months ahead to help people with the rising cost of living.”

But critics across the political spectrum believe that this is insufficient and that firmer action must be taken now.

Daniel Kawczynski, a Conservative member of Parliament who supports Truss in the leadership contest, thinks that the severity of the situation means the party should end the contest early and install the new PM, or empower Johnson to take action now.

“The contest has gone on too long and we need leadership now. Naval gazing is never a good thing when critical decisions need to be taken. So we must either empower the current leader to take action, or we draw the contest to a close. The British people rightly expect us to address this crisis,” he told CNN.

In a possible foreshadow of what could become a stinging criticism of the government in the future, Labour MP Chris Bryant told CNN that “Johnson should be taking action now on the cost-of-living crisis. It’s only a mixture of laziness and complacency that prevents them (Conservative leadership candidates) from taking action.”

The opposition Labour Party has this week called for an immediate recall of Parliament so that lawmakers can take immediate action to freeze energy bills, set to almost double in October after the regulator raises a limit on supplier prices.

In a letter sent to Johnson and the two leadership contenders, Thangam Debbonaire MP, Labour’s shadow leader of the House of Commons, urged the Conservatives to “bring Parliament back early on Monday 22 August so that we can freeze the energy price cap now.”

She added that next week, the UK’s energy regulator will “announce the rise of the energy price cap. Against the backdrop of a rise in inflation to 10.1%, this won’t just send households into a further spiral of worry, pushing them to cut back even further ahead of the winter. But it will create another shock for our economy. With businesses and households on the brink, we cannot wait to act.”

The energy price cap is a government-implemented backstop to stop energy companies from overcharging customers.

CNN approached Downing Street and multiple government officials for comment on the proposal, but at the time of publication had not received an on-record response.

Given the severity of what is about to happen to the country, even former Johnson allies and dyed-in-the-wool Conservatives cannot fathom why the party in power seems happy to coast.

Neither leadership candidate has given concrete examples of what specific policies will be implemented in order to cope with what is going to be a hellish winter for many. A cynic might say it is because any solution will require vast sums of public spending, anathema to traditional Conservative members who will pick the next PM.

It could also be because public spending on such a scale cannot be explained in the same breath as pledges of immediate tax cuts and a refusal to increase tax on big business, including energy companies, to fund a way through the crisis.

However, it won’t be long before Johnson’s successor has to answer to a wider group of critics. First, their political opponents in Parliament. Then, the wider public at the ballot box.

Inaction as dire warnings come weekly could be a terminal error that costs the Conservatives the next general election. And after over a decade in power, it would be a tall ask for the public to forgive them for sleepwalking into a crisis.