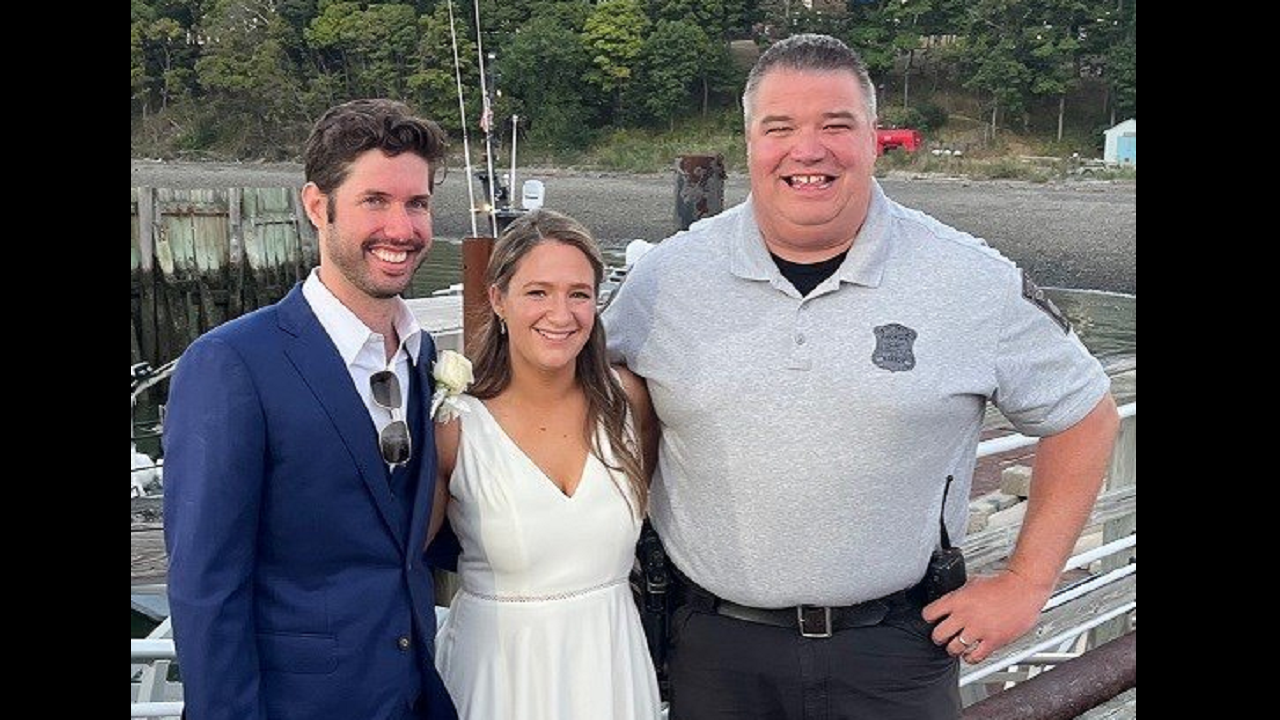 A Massachusetts newlywed is hailing Boston Police for helping “save the day” after coming to the aid of himself, his groomsmen and vendors, who found themselves stranded just hours before his wedding ceremony.

Boston Police say officers assigned to its Harbor Patrol Unit sprang into action Saturday after being alerted to a disabled ferry at a dock in the city’s harbor, which was scheduled to travel to Thompson Island for a wedding there.

“While the bride was already on the island, the officers were informed that the groom was standing by at the delayed ferry boat,” police said in a statement. “The officers quickly responded to assist but when they arrived to escort the groom, they realized that the situation was dire, as several other members of the wedding party were also without a means of transport in addition to the photographer, the D.J. and all the decorative flowers for the ceremony.”

Boston Police say the officers ultimately made sure “that all parties involved, as well as the floral arrangements, made it safely to their intended destination out in the harbor.”

Boston Police Officer Joe Matthews poses for a photo with the couple after the ceremony Saturday, Aug. 13, on Thompson Island in Boston’s harbor.
(Boston Police Department)

“They were there very quickly to get my groomsmen and all of our vendors out here to the island and kind of save the day,” the groom, Patrick Mahoney, later said after getting married, according to the Boston Globe.

The newspaper reports that Mahoney and the 13 others who were transported by the police boat only arrived 17 minutes later than expected, while the bride was never made aware of the situation until after she walked down the aisle.

The Boston Police Department’s Harbor Patrol Unit is seen transporting the groom and others to the ceremony on Saturday, Aug. 13, on Thompson Island.

One of the officers involved in the escort, Joe Matthews, later returned to the island after the ceremony “to share a laugh and congratulate the newly married couple before they returned to their reception surrounded by their friends, families and loved ones,” the Boston Police Department said.

“The men and women of the Boston Police Department join with Officers Joe Matthews and Stefani McGrath to congratulate the couple as they celebrate their very special day, and we thank our officers for going above and beyond the call of duty to make sure they could enjoy it together,” it added.

Matthews, who told the Boston Globe that his own wedding day was the best day of his life, said “it was good to get a nice call for a change and help people out.”