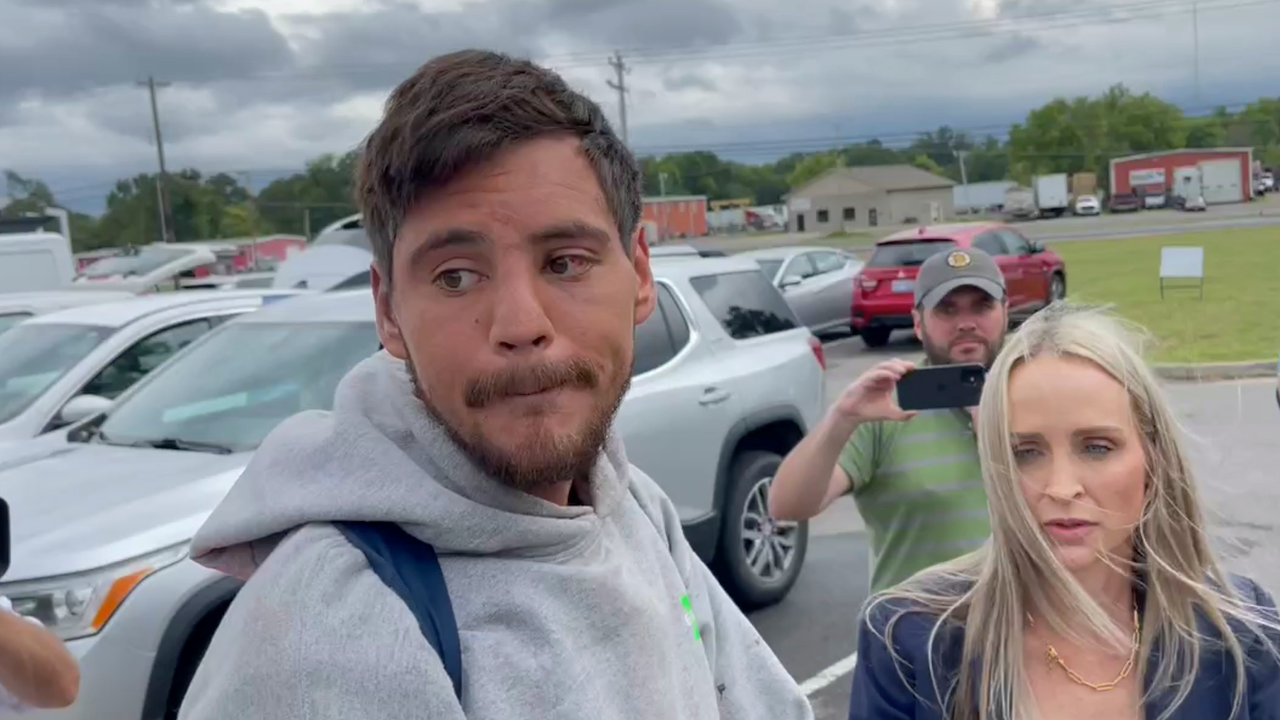 One of the three Arkansas law enforcement officers suspended after a video posted on social media showed two of them pummeling a man while a third held him on the ground had previously received a complaint for alleged excessive use of force, an attorney said.

Arkansas State Police and the federal government have said they are investigating the circumstances of a police stop on Sunday, when officers were responding to a report of a man making threats outside a convenience store in the small town of Mulberry, about 140 miles northwest of Little Rock.

Meanwhile, Carrie Jernigan, an attorney representing Worcester, said she had filed an excessive force complaint against one of the suspended officers on behalf of another client of hers about a month ago, according to The Associated Press.

“To date, I had not heard anything back. But the description of what happened to my client in July versus that video seemed almost identical,” Jernigan said. “And so we’re just of the position it didn’t have to even take place yesterday.”

Jernigan did not identify the officer involved. Representatives from the sheriff’s office and police department did not respond to Fox News Digital’s requests for information related to the report.

A spokesperson for the Arkansas State Police would not comment on Tuesday.

Video that circulated on Sunday showed one officer punching the suspect with a clenched fist, while another can be seen hitting the man with his knee. The third officer holds him against the pavement.

In footage recorded from a car nearby, someone yells at officers to stop hitting the man in the head. Two of the officers appear to look up and say something back to the person who yelled. The officers’ comments could not be heard clearly on the video.

“The fight was escalating with those officers, and you hear that woman on that video yelling and whoever that is, I think she could have saved his life,” Jernigan said.

Worcester was taken to a hospital, then released and booked into the Crawford County jail in Van Buren on multiple charges, including second-degree battery, resisting arrest and making terroristic threats, state police said.

Worcester was released Monday on $15,000 bond. When asked how he was feeling, he said “all right.” An attorney who escorted him from jail declined to comment on his behalf. Worcester was pushing a bicycle as he left the jail.

A Justice Department spokesperson said Monday that the U.S. Attorney’s Office for the Western District of Arkansas, the FBI’s Little Rock Field Office and the Department of Justice’s Civil Rights Division opened a civil rights investigation into the incident.

“The FBI and the Arkansas State Police will collect all available evidence and will ensure that the investigation is conducted in a fair, thorough, and impartial manner,” the Justice Department said in a statement. “The federal investigation is separate and independent from the ongoing state investigation.”

Crawford County Sheriff Jimmy Damante said before Worcester was arrested that an officer asked if he had any weapons on him, and he handed one over to the officer. Damante didn’t specify what type of weapon.

“They were about to take him into custody because of part of their investigation on the scene — that’s when he became violent,” Damante said.

A car parked outside the Kountry Xpress in Mulberry, Arkansas, where the beating incident took place.
(AP Photo/Andrew DeMillo)

Russell Wood, a Russellville attorney for the two deputies, said Monday that Worcester attacked one of the deputies, giving him a concussion.

Wood said in a statement that White was answering a report of a terroristic threat when he encountered Worcester, who he said matched the complainant’s description of her assailant. At first, Worcester gave White a false identity, Wood said.

As White was checking that identity, Worcester “became irate and viciously attacked Deputy White by grabbing him by the legs, lifting him up and body-slamming him, headfirst, on the concrete parking lot,” Wood said. After White hit his head on the concrete, stunning him, Worcester climbed onto him and “began striking him on the back of the head and face,” the attorney said.

After Worcester struck him, White said he saw him fight with King and Riddle, Wood said. White then “re-engaged and used all force necessary to get the violent suspect under control and detained.”

White suffered a concussion, Wood said. The attorney called for the release of the full Mulberry police dash-cam video of the incident but said he had not yet received a response.

Stephanie Pagones is a Digital Reporter for FOX Business and Fox News. Story tips can be sent to stephanie.pagones@fox.com and on Twitter: @steph_pagones.