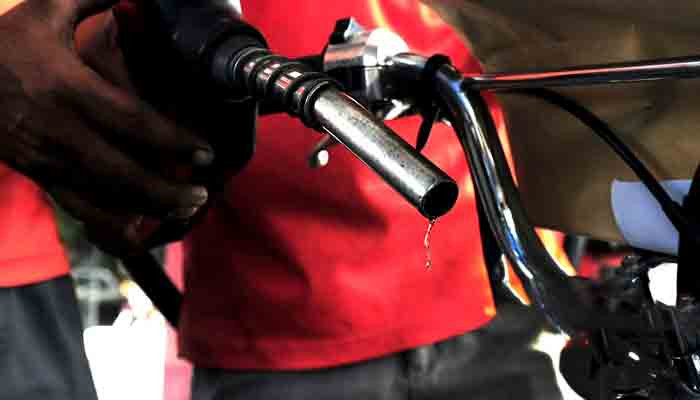 KARACHI: The government will announce new prices for petroleum products today, to be applicable from September 1, 2022.

The Oil and Gas Regulatory Authority  (OGRA) prepares a summary which is forwarded to the Ministry of Finance for approval and then it is sent to the PM Office for final approval.

The prices are calculated on the basis of a formula considering the prices in the international market.

According to a report by The News, the petrol prices on free on board (FOB) basis reflect an Rs20/litre fall for consumers in the next fortnightly rate review.

However, the common man may not be able to reap the benefits as the government may add taxes on petrol along with exchange loss adjustment.

On the other hand, the price of diesel should increase by Re1/litre on a FOB basis in the next review.

The FOB is the price difference of petroleum prices in the international market and domestic market. However, the oil industry doesn’t see a reduction in the price of petrol in the next fortnight on the basis of FOB.

Industry sources maintained that the government is likely to further jack up the petroleum levy (PL) on petrol in the next fortnight, while arrears of exchange loss will still be adjusted in the petroleum prices.

“Any reduction in the price of petrol seems unlikely despite a fall in its price in the global market,” the oil sector people believed.

They said the diesel price may see a significant jump in the next fortnight after increasing the PL on it. Its price may also jump further if the government slapped sales tax on its sale, which has been frozen for the last six months.

They are of the view that the government was yet to adjust the exchange loss, which was Rs23/litre on petrol and Rs13/litre on diesel. The average international petrol price during the fortnight was $103/barrel, diesel $139/barrel, and crude oil stood at $97/barrel, while the average exchange rate was almost Rs217/litre.

They said that consumers were unlikely to benefit from the price reduction in the international market, particularly in petrol and there may be a major increase in the price of diesel in the next fortnightly review.

According to some media reports, the government plans to collect Rs10.5% GST and Rs30/litre PL, in addition to other charges like dealers’ and distributors’ margins.

The government expects to collect Rs60 billion as PL and Rs31 billion as GST per month.