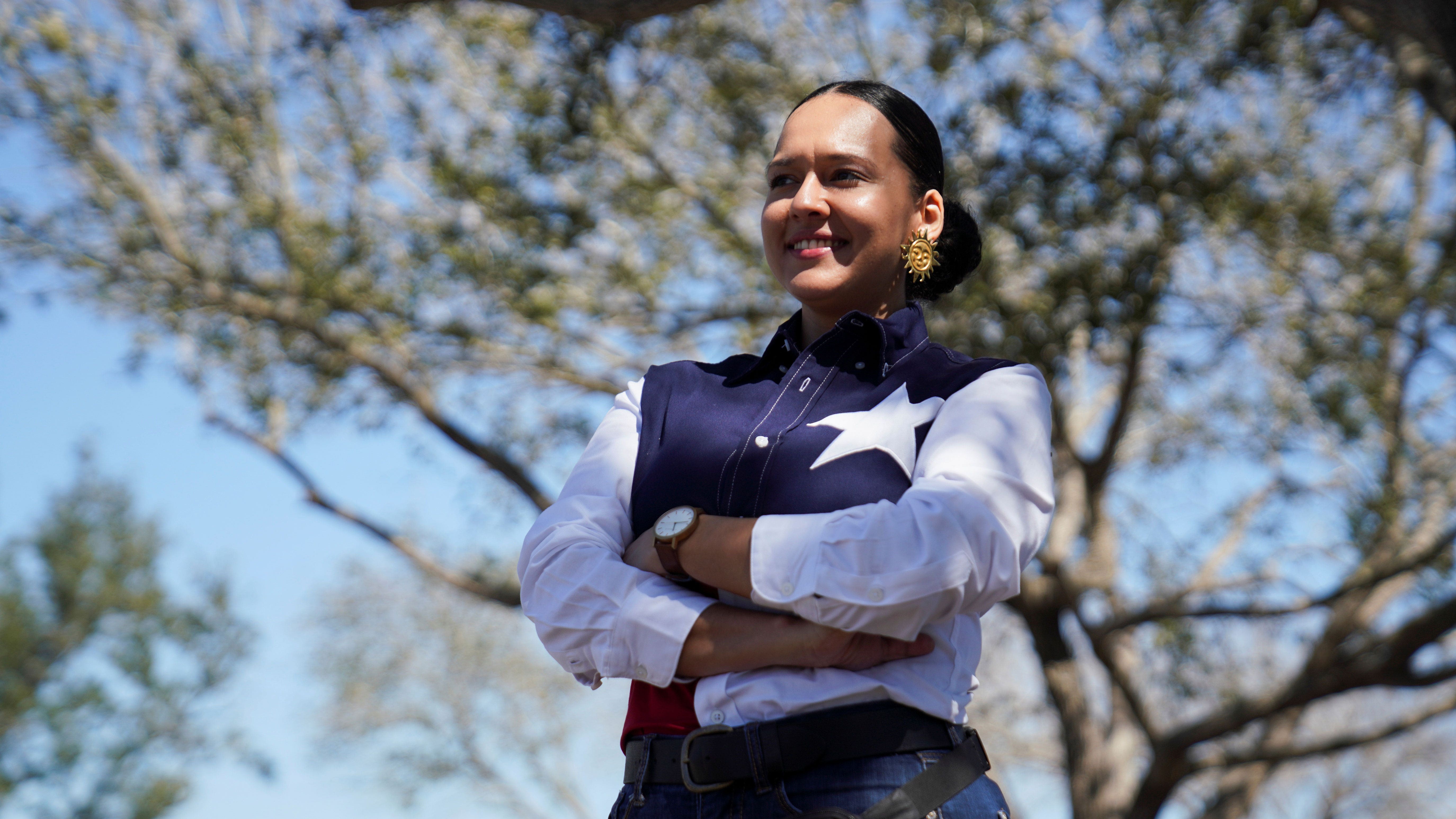 The Democratic nominee for the U.S. House in Texas’ 15th Congressional District claimed Monday that there was no “chaos” at the southern border and accused Republicans of hyping the crisis in order to benefit politically.

During a virtual discussion with DemCastUSA, a liberal grassroots media group, Democrat businesswoman Michelle Vallejo argued that Republicans were making residents of South Texas their “political pawns” while campaigning on border security, and that they were “creating” photo-ops to falsely make it seem like there was a crisis at the border.

“When you’re in a district, or you’re in a community where you just feel completely ignored by every party across the board, you’re going to jump onto any opportunity [inaudible], but we’ve seen that those efforts have been pretty divisive, because they’ll prop up this scenario that the border wall, or like the border region, is just chaos, which is not the truth,” Vallejo said.

“We have very calm days. We come to the office, we get our work done, we do what we’ve gotta do, but now it’s even more obvious that we’ve been politicians’ pawns,” she said.

ARMY VETERAN WITNESSES BORDER CRISIS FIRSTHAND AS PART OF CLEANUP OPERATION: ‘LIKE NOTHING I’VE EVER SEEN’

“And we’ve seen that even with our own governor here in the state of Texas in the way that they are campaigning. They’re creating these photo ops, and they’re creating press conferences where we don’t even have a voice. But they’re coming to South Texas and claiming that they’re speaking from this region. And for us who live here on the ground, we see right through that,” she added.

Vallejo’s claims run in stark contrast to the continued reports of massive numbers of migrants crossing the border each month from Mexico, the sharp increase in dangerous drugs seized during attempts to smuggle them into the U.S. and the apprehension of terror suspects by Border Patrol.

Fox News Digital reached out to Vallejo’s campaign and asked if her comments reflected her view on the border, as well as for her thoughts on the high number of migrants crossing into the U.S. each day. Campaign manager Kirby Chandler responded with a statement on Vallejo’s desire to overhaul the U.S. immigration system and doubled down on her criticism of Republicans.

“Michelle believes we need to invest in our border to keep our communities safe while overhauling a broken immigration system. But instead of working to keep us safe and actually fix the process, Republicans would rather use the border as a political talking point to divide Americans and scapegoat immigrants. Michelle will keep working to protect Dreamers and create an immigration system that is fair and humane,” Chandler said.

Michelle Vallejo, a progressive democratic candidate for District 15 who was recently endorsed by Elizabeth Warren, poses for a photo at a voting site in McAllen, Texas, March 1, 2022.
(REUTERS/Veronica G. Cardenas)

Vallejo’s opponent, Republican businesswoman Monica De La Cruz, blasted her over the border claims, accusing her rival in a statement to Fox News Digital of trying to retain the support of liberal campaign donors and Democratic Party leaders.

“While Michelle Vallejo’s comments denying the existence of the border crisis are reprehensible, they’re not surprising,” De La Cruz said. “Vallejo knows that she must pretend the Biden Border Crisis doesn’t exist to stay in the good graces of her liberal donors and her party’s radical leadership.”

According to election analysts, the race for Texas’ 15th Congressional District is favorable to Republicans. The race will likely be a major indicator on whether polling showing the massive shift in support from Hispanic voters from Democrats to Republicans holds true.