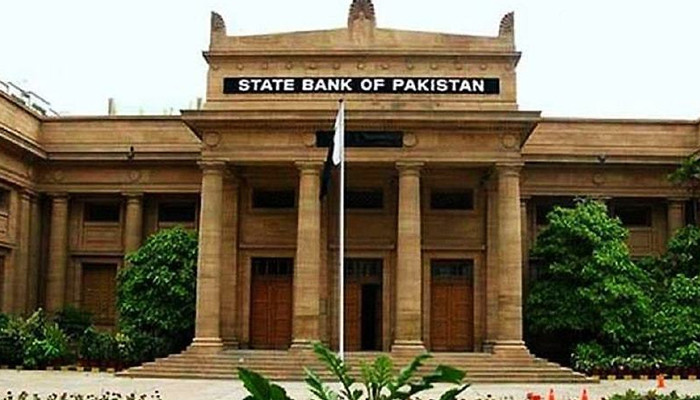 KARACHI: The State Bank of Pakistan (SBP) on Monday maintained a status quo in the interest rate at 15% in line with the market expectations.

In line with the market expectations, the State Bank of Pakistan (SBP) maintained a status quo in the interest rate at 15% — the highest since November 2008.

The monetary policy committee (MPC) met under the chair of Deputy Governor Syed Murtaza and reviewed the economic indicators. Despite record high inflation the central bank decided to keep the interest unchanged for the next six weeks.

The central bank has increased the rate by 800 basis points since September 2021 to control inflation and narrow the current account deficit.

The central bank today felt that it was “prudent to take a pause at this stage” as it noted that recent inflation developments are in line with expectations, domestic demand is beginning to moderate and the external position is also showing some improvement due to a lower trade deficit and resumption of the International Monetary Fund (IMF) programme.

“This pause allows MPC to assess impact of 800 bps tightening since September and fiscal consolidation planned for FY23,” the monetary policy statement mentioned, adding that it is also in line with recent actions by other emerging markets central banks, who have been holding rates in recent meetings as global growth and commodity prices have slowed.

The committee also noted that in order to contain external pressures and support the rupee going forward, “it is important to contain the current account deficit by delivering the budgeted fiscal consolidation, lowering energy imports through energy conservation measures, and keeping the IMF programme on-track.”

Since the last meeting on July 7, MPC noted three key domestic developments, which include:

Headline inflation rose further to 24.9% in July, with core inflation also ticking up.

Trade balance fell sharply in July and the rupee has reversed course during August, appreciating by around 10% on improved fundamentals and sentiment.

IMF’s board meeting will take place on August 29 and is expected to release a further tranche of $1.2 billion, as well as catalysing financing from multilateral and bilateral lenders.

Moreover, the committee also noted that Pakistan has also successfully secured an additional $4 billion from friendly countries over and above its external financing needs in the fiscal year 2022-23. As a result, foreign exchange reserves will be further augmented through the course of the year, helping to reduce external vulnerability.

In its forward guidance, the central bank hinted at tightening the policy rate in the next meeting scheduled to be held on October 10.

The central bank projected that in coming months, curbing food inflation through supply-side measures that boost output and resolve supply-chain bottlenecks should be a high priority.

“Looking ahead, headline inflation is projected to peak in the first quarter before declining gradually through the rest of the fiscal year. Thereafter, it is expected to decline sharply and fall to the 5-7% target range by the end of fiscal year 2023-24, supported by the lagged effects of tight monetary and fiscal policies, the normalisation of global commodity prices, and beneficial base effects,” it said.

The central bank said that this baseline outlook “remains subject to uncertainty”, with risks arising from the path of global commodity prices, the domestic fiscal policy stance, and the exchange rate.

“The MPC will continue to carefully monitor developments affecting medium-term prospects for inflation, financial stability, and growth,” it maintained.