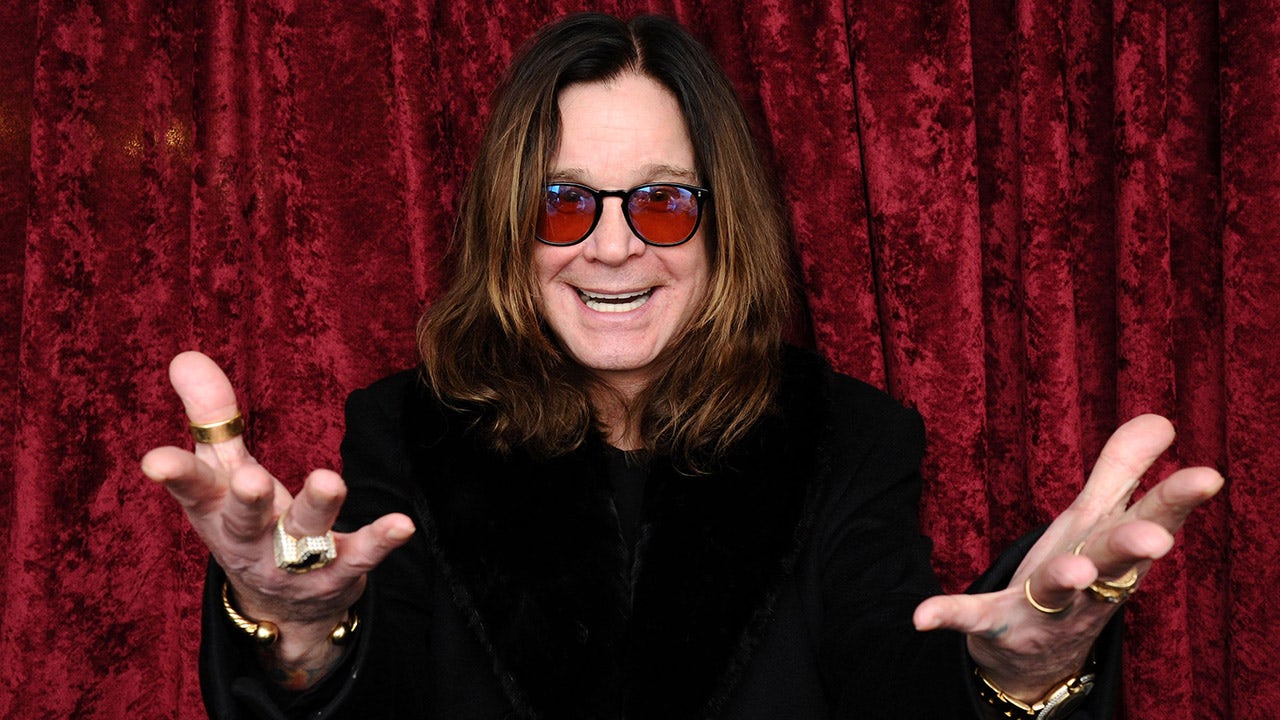 Ozzy Osbourne made headlines after boldly declaring in a recent interview that he and wife Sharon would be leaving the United States due to the increase in violence and mass shootings.

In an interview with The Guardian, the Black Sabbath rocker tore the country apart. “Everything’s f—ing ridiculous there,” he remarked. “I’m fed up with people getting killed every day. God knows how many people have been shot in school shootings. And there was that mass shooting in Vegas at that concert… It’s f—ing crazy.”

In July, he and Sharon listed their $18 million Los Angeles mansion. The musician, who was born in Birmingham, England, also said, “I don’t want to die in America… I’m English. I want to be back.”

Ozzy Osbourne and wife Sharon have declared they will leave the United States over continued violence across the country.
(Gregg DeGuire )

It remains to be seen whether Osbourne will keep his word, but he is far from the only celebrity to publicly declare he will leave the United States.

At the turn of the new millennium, Pearl Jam singer Eddie Vedder said he would leave the country if George W. Bush was elected president in 2000. “I’m frightened to think of a Republican in office, especially one raised by a father who was in the CIA,” he reportedly told USA Today in 2000. “I’m moving to a different country if little Damien II gets elected.” Eventually, Bush became the 43rd president of the United States, while Vedder remained in America.

Barbra Streisand, an outspoken Democrat, also shared Vedder’s intent to vacate the country if Bush was elected. “I don’t think you’ll see me around here for at least four years,” she told People magazine at the time. Streisand ended up staying.

Barbra Streisand said she would leave the United States in 2000 if George W. Bush were elected president.
(Emma McIntyre/Getty Images)

OZZY OSBOURNE IS LEAVING A “F—ING RIDICULOUS” UNITED STATES: “FED UP WITH PEOPLE GETTING KILLED EVERY DAY”

In 2008, the presidential race between Barack Obama and John McCain also got celebrities fired up. R&B star Akon declared he would leave the country if McCain were to get elected.

“If [Obama] doesn’t get into office, I’m going to change my citizenship,” the singer – who was born in Senegal but holds American citizenship – told the Guardian at the time. “I’m moving back to Africa. You can hold me to that. I’m afraid to live there if [McCain] is president.”

Grammy-winning musician Seal shared Akon’s sentiments. “If McCain is elected and America staggers on further toward the abyss, then we will leave the country,” he told Vanity Fair in 2008.

On the other side, stars like Stephen Baldwin said that they would flee the country if Obama were elected. “I just want to say right now that it’s official, if Barack gets nominated, I’ll be moving out of the country,” he told Fox News at the time. Baldwin subsequently remained in the U.S. after Obama was elected the 44th president of the United States.

Stephen Baldwin said that he would flee the country if Obama were elected.
(Getty Images)

The election of Donald Trump in 2016 brought a slew of celebrities to the conversational forefront after they, too, said they would exit the country if he were elected.

“If he doesn’t think he is ‘God’ he thinks he is the f—ing chosen one or some s–t!” pop singer Miley Cyrus wrote on her Instagram in 2016. “We’re all just f—ing jam between his rich a– toes. Honestly f–k this s–t, I am moving if this is my president! I don’t say things I don’t mean!”

Miley Cyrus declared she would leave the country if Donald Trump were elected. She remained.
(Getty)

Music icon Cher took to her Twitter account at the time to announce that she would be moving far, far away if Trump won – to another planet, to be precise. “If he were to be elected I’m moving to Jupiter,” the star wrote.

Needless to say, she remained on Planet Earth.

Will Mendelson is an entertainment editor for Fox News Digital.