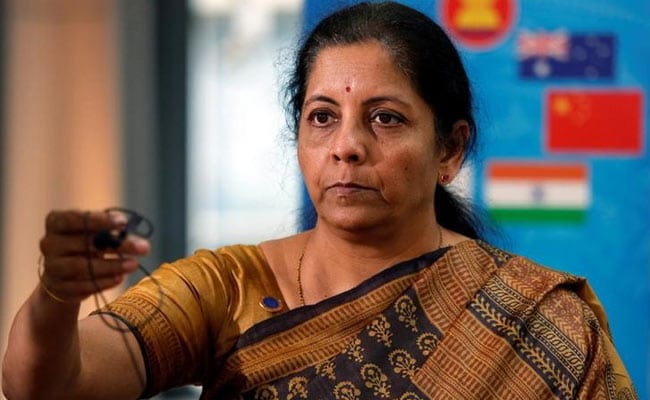 Union Finance Minister Nirmala Sitharaman said on Friday that the central government believes that this is not the right time to make digital payments chargeable.

Speaking at an event, Ms Sitharaman said, “We see digital payment as the public good. People should be able to access it freely so that the digitisation of the Indian economy becomes attractive. Also, through digitisation, we achieve a level of transparency which is so required.”

“Therefore, we still think it is not the right time to make it chargeable. We are more and more pushing toward open digital transactions, digitisation and platforms which can enable great access. The RBI’s recommendation is to a working paper and lets the working paper where it is,” the Minister added.

Ms Sitharaman’s statement came against the backdrop of the Reserve Bank of India (RBI) seeking feedback from the public on the various changes proposed in the payments system, including the possibility of imposing tiered charges on transactions done through the Unified Payments Interface (UPI).

However, the Government of India last week announced that it will not levy any charges on UPI (Unified Payments Interface) services.

As announced in the Statement on Developmental and Regulatory Policies dated December 08, 2021, the Reserve Bank of India (RBI) has released a discussion paper on “Charges in Payment Systems” for public feedback, RBI said in a statement. The discussion paper was released on August 17.

The focus of RBI’s initiatives in the payment systems has been to ease frictions which may arise from systemic, procedural or revenue-related issues.

While many intermediaries exist in the payments transaction chain, consumer complaints are generally about high and non-transparent charges.

Charges for payment services should be reasonable and competitively determined for users while also providing an optimal revenue stream for the intermediaries.

It was considered useful to review the various charges levied in the payment systems by highlighting different dimensions and seeking stakeholder feedback.

The RTGS and NEFT payment systems in India are owned and operated by RBI.

Systems like IMPS, RuPay, UPI, etc., are owned and operated by the National Payments Corporation of India (NPCI), a not-for-profit entity promoted by banks.

The other entities, like card networks, PPI issuers, etc., are profit-maximising private entities.

Notably, the number of digital transactions in July was the highest ever since 2016. UPI reported 6.28 billion transactions amounting to Rs 10.62 trillion, according to data released by the National Payments Corporation of India (NPCI).