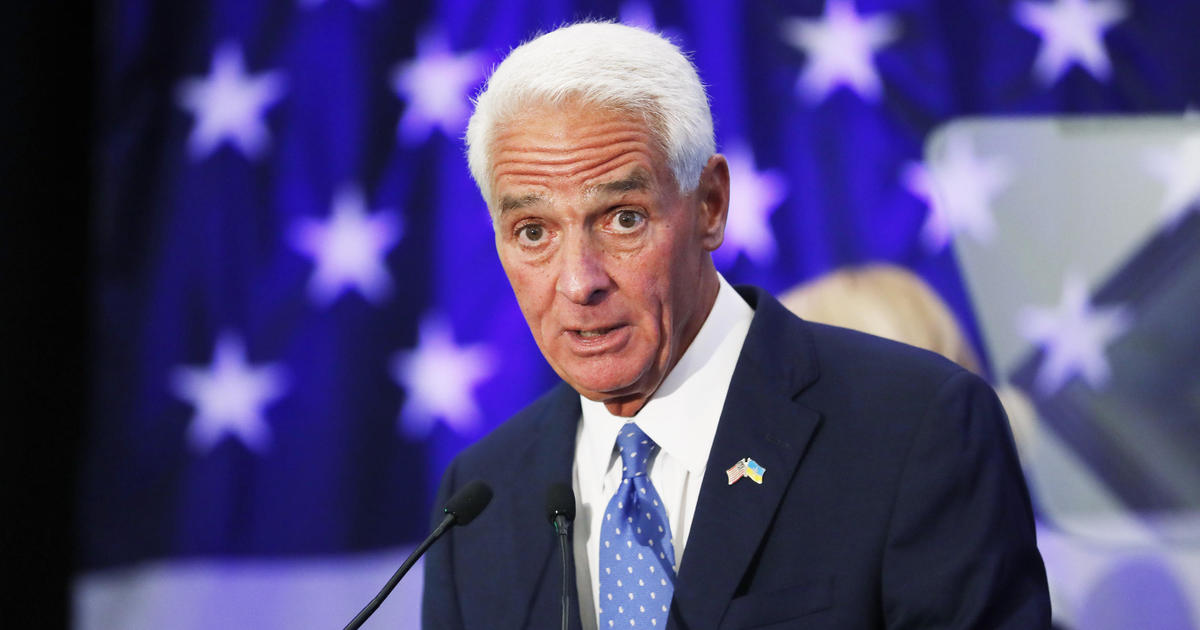 Democratic Rep. Charlie Crist of Florida resigned Wednesday from Congress, as the three-term congressman heads into the homestretch of his race against Republican Florida Governor Ron DeSantis.

Crist’s resignation, effective by the end of the business day on Wednesday, comes eight days after Crist decidedly won the Democratic primary for Florida governor. Since the House has been on recess this month, Crist has been on the campaign trail since the Aug. 23 primary.

Though Crist had already announced he would not be seeking another term in Congress, Florida’s “Resign-to-Run” law does require candidates to resign “if the terms or any part of the terms would overlap with each other.” DeSantis did this when he resigned from his U.S. House seat in the 2018 gubernatorial race.

Crist did not mention his campaign in his resignation letter to House Speaker Nancy Pelosi.

“During my time in Congress, I have made a point to treat all people with respect, even if we may disagree, while also standing up for my constituents and being their voice in Washington,” Crist wrote. “Devotion to service, listening before speaking, treating others how you want to be treated – these are all things this country and this world need more of, now more than ever.”

With Crist’s resignation, and accounting for the two outcomes of the special elections in New York earlier this month, Democrats now control 220 seats in the House compared to 212 for Republicans. There are two remaining Congressional vacancies in Alaska and Indiana.

Crist was first elected to Florida’s 13th District in 2016, and was the first Democrat to win that seat in 62 years. He looked to model himself as a moderate Democrat, and joined the Blue Dog Coalition and New Democrat Coalition.

In his letter he highlighted work done for the veteran treatment courts, the expansion of the solar tax credit and the creation of a task force to crack down on phishing and scam calls.

Crist had served as Florida’s governor, as a Republican, from 2007 to 2011. He ran unsuccessfully as an independent against Republican Marco Rubio in the 2010 Senate race, and as a Democrat against then-Republican Governor Rick Scott.

His resignation may also temper some of the GOP attacks about his proxy voting record in the U.S. House.

His race against DeSantis has heated up since the primary, though polls have shown it is still an uphill battle. An internal poll by the Democratic Governors Association showed Crist down five points to DeSantis, while one from the University of North Florida released before the primary showed him down eight points. Another from the Florida Chamber of Commerce, a GOP-aligned group, showed a similar eight point gap between DeSantis and Crist.

In an event after the primary, Crist called DeSantis ‘anti-freedom Ron’ and that those who support DeSantis “should stay with him.”

“I don’t want your vote. If you have that hate in your heart, keep it there,” Crist said. “I want the vote of the people of Florida who care about our state: good Democrats, good Independents, good Republicans. Unify with this ticket. Those who are haters: you’re gonna go off in your own world.”

Aaron Navarro is an associate producer for the political unit at CBS News, focusing on House and gubernatorial campaigns as well as the census and redistricting.