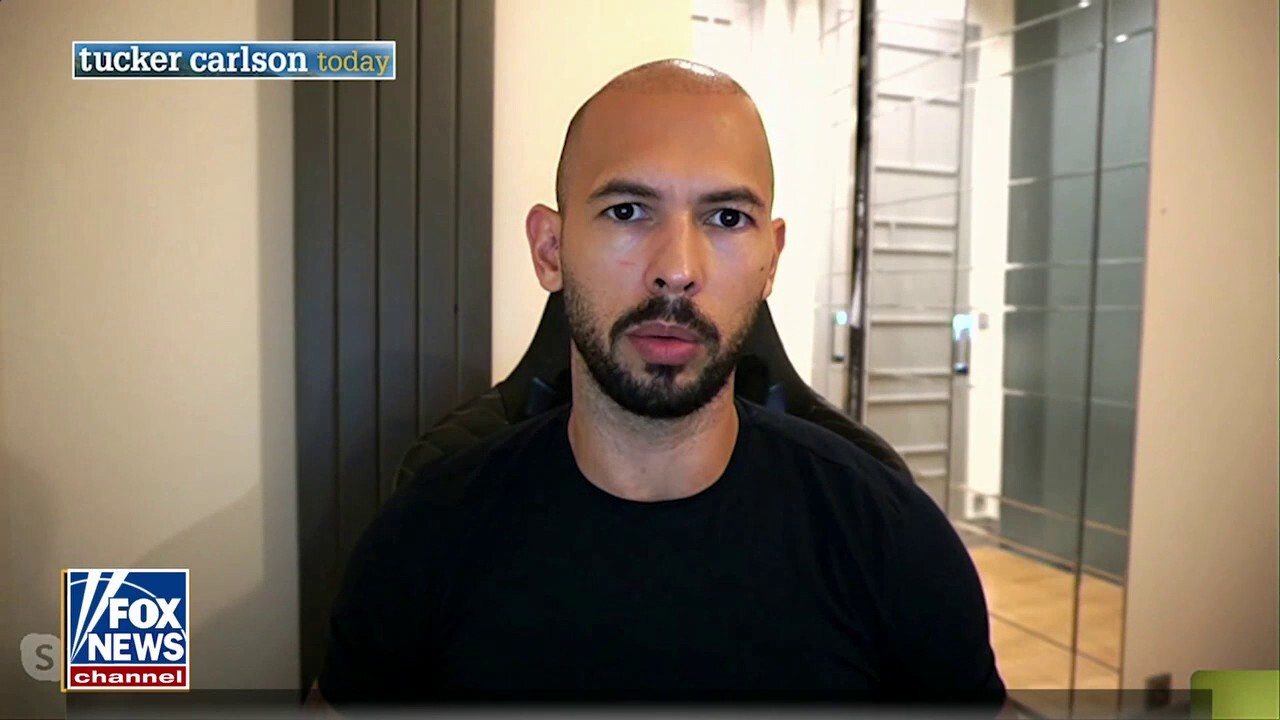 Internet personality and former kickboxer Andrew Tate claimed big tech de-platformed him because he “had large swaths of the population agreeing to very traditional masculine values” Thursday in a preview of “Tucker Carlson Today” on Fox Nation.

“They banned me simply because I had large swaths of the population agreeing to very traditional masculine values,” he told host Tucker Carlson. “… I have a very traditionally masculine life. I have fast cars and a big house and a lot of money and a beautiful girlfriend, and they thought this was very, very threatening.”

“And for some reason, they decided that it’s better if they annihilate me from the internet and replace me with somebody who’s more aligned with whatever they’re trying to purport.”

Tate has been accused of sexism, drawing criticism from the Left for his advocacy of traditional gender roles. He has come under fire for quotes from clips he claimed were taken out of context.

“What happens is when I say these things, they ignore 95% of what I say,” Tate said. “They ignore me saying that you need to avoid low-quality men. And they take the bit where I say avoid women who are dishonest. And then they put it on a reel — a very short three- or four-second clip, and then they say I’m a misogynistic person and I’m dangerous to women and I need to be banned.”

He said manhood is “very, very difficult” and men’s issues are mostly overlooked, adding that elitists pretend to care about such issues but have silenced him.

Today’s young men feel “very disaffected” and invisible as they feel unaligned with the agendas forced on them, Tate said.

Most of the world’s young men are denied access to the “sexual marketplace,” he added, because social media has rendered them invisible.

“If you go on to an Instagram feed, you have extremely beautiful women… But the only men who have followers are men with massive social status, right? Men with Ferraris and money or rappers or people who have YouTube channels — interesting people.”

Average men with a normal job, on the other hand, “don’t really exist” online, Tate continued, saying they struggle to gain followers on Instagram, no one replies to their direct messages and they “don’t really matter.”

“It’s very difficult for you to even get any kind of recognition that you’re even alive.”

As a result, many men feel lonely and lost, he said.

The “completely and utterly self-made” man was not attempting to change the game’s rules, he said, but instead showing men how to “win.”

TONY ROBBINS GETS REAL ABOUT SUCCESS IN LIFE AND HEALTH: ‘JUST THINKING POSITIVE IS B.S.’

Tate also claimed that many men are “so depressed” because they feel invisible. Women’s expectations that they are “strong and smart and funny and interesting with a nice apartment and a fast car and tall and well-connected” are too much for them to bear, he said.

Men are under “immense” social pressure and are not helped by social media companies, whose mass ban of a figure who was “championing” men’s issues demonstrates a lack of concern for young men, he continued.

“They want to get rid of me and try and replace me with something they see as far more malleable — trying to create people [who] are more malleable and more easy to program and [easier] to control.”

Fox Nation programs are viewable on-demand and from your mobile device app, but only for Fox Nation subscribers. Go to Fox Nation to start a free trial and watch the extensive library from your favorite Fox News personalities.

Graham Colton is an associate editor for Fox News Digital. Story tips can be sent to graham.colton@fox.com and on Twitter: @GrahamGColton.