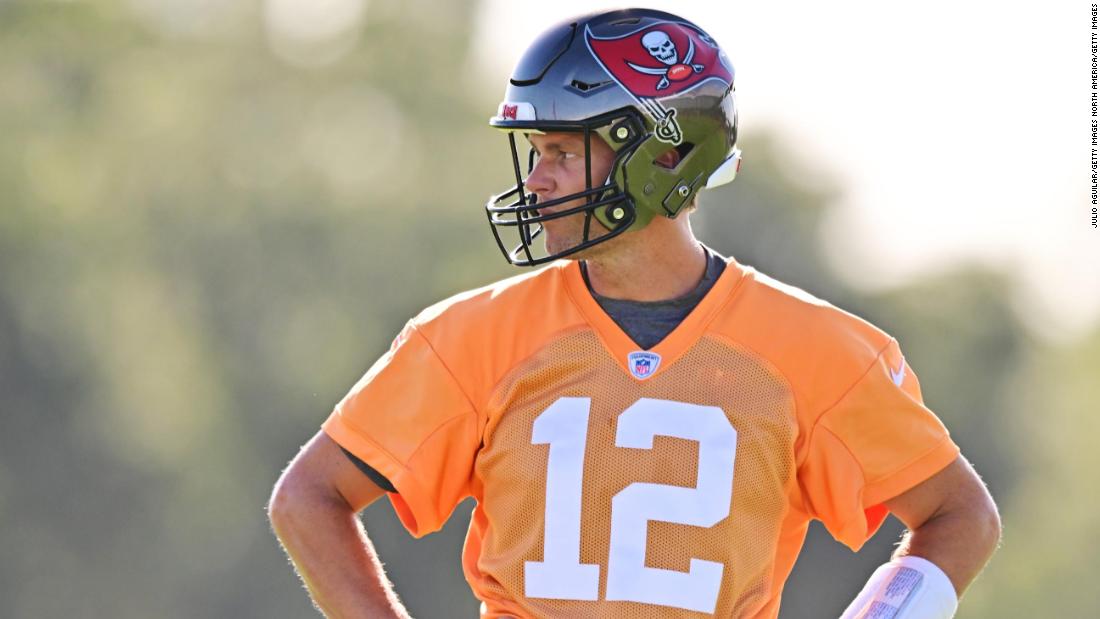 It is uncommon for players to leave during preseason training camp and head coach Todd Bowles said at the time that Brady was granted leave to “deal with personal things.”

However, Bowles said Brady largely picked up right where he left off and insisted it was “probably just conditioning” that the seven-time Super Bowl champion missed out on.

“He’s been great,” Bowles told reporters, per Yahoo. “He’s been great, same as when he left. He’s been fine. We pretty much keep distractions out of our locker room. It wasn’t a big deal to us because everybody knew what was going on.

“He’s a film junkie — I’m sure he’s watched tape of everything. So him coming back in, picking up where he left off, just getting used to the mechanics again.

However, Bucs tight end Cameron Brate said “it was definitely weird” practicing without their star quarterback.

“Tom is such an omnipresent being, he’s like the unquestioned leader of the team,” he said. “For him to not be there for 11 days, it was kind of a good opportunity for other guys to step up and fill that void.

“It was different, Tom is usually kind of cussing guys up and down the field when we’re messing up, but we didn’t really have that. It was different, but I thought some of the other veterans stepped up. I thought Blaine [Gabbert] did a good job commanding the first team offense while Tom was out.

“I’m sure wherever Tom was, he was working out still and getting his reps in. If anyone can get away with an 11-day break during training camp, it’s Tom. He came back firing on all cylinders.”

Lineback Lavonte David added, “Obviously, his presence is one of a kind. He’s Tom Brady, so when he’s not out there, you kind of know. But after the first couple of days or whatever went by, we just went on back to our regularly scheduled program, everybody going out there to work.”

It’s unclear why Brady, who initially announced his retirement in February only to later reverse his decision, took the excused absence, but Bowles said it was a plan that had been in place from before preseason training camp began.

Quashing rumors that he was on the popular TV show, “The Masked Singer,” last week, Brady quote tweeted one of his underwear ads, saying: “Wasn’t on the masked singer last week. Was wearing a mask though.”

Since joining the Bucs in 2020 from the New England Patriots, Brady has helped to dramatically improve the team’s fortunes.

A perennial underachiever before his arrival, the Bucs won the Super Bowl in Brady’s first season at the helm, earning the legendary QB his seventh Super Bowl ring.

The team fell short of expectations last season, but many are predicting a run at the Super Bowl title again this year, even with their talisman currently out of action.

The Bucs start their regular-season against the Dallas Cowboys on September 11.