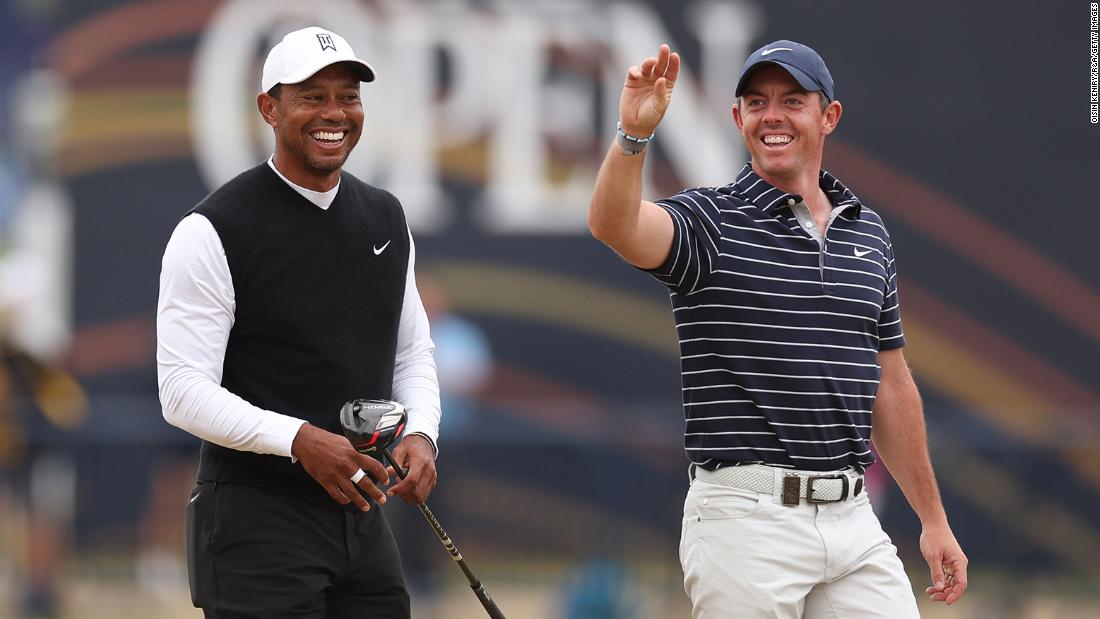 The TGL has been formed in partnership with the PGA Tour and aims to attract a younger audience to golf through technology and custom-built arenas.

Competitions will feature six teams of three PGA Tour players and will be televised live in a primetime slot on Monday nights.

The high-tech concept will see players hit shots on a virtual screen before moving to a “state-of-the-art short game complex” in the center of the stadium, according to a press release.

Every shot will be played within a two-hour window in a bid to make golf more appealing for spectators, who will be at the side of the greens to watch the action unfold. The inaugural season will feature a 15-match schedule followed by playoffs and a championship match.

“We all know what it’s like to be in a football stadium or a basketball arena where you can watch every play, every minute of action unfold right in front of you,” said 15-time major champion Woods.

“It’s something that inherently isn’t possible in traditional golf — and an aspect of TGL that will set it apart and appeal to a new generation of fans.”

TGL is the brainchild of TMRW Sports, a company founded by Woods, McIlroy and sports executive Mike McCarley. It aims to harness technology to “feature progressive approaches to sports, media and technology,” according to an announcement on Twitter.

“TGL will tap into the appeal of team golf within an exciting, fan-friendly environment, comparable to sitting courtside at an NBA game,” said world No. 4 McIlroy.

“TGL will widen the appeal of golf to younger and more diverse fans and serve as another avenue to introduce people to the game I love.”

The launch comes with the PGA Tour announcing a number of changes to its schedule and format amid the launch of the Saudi-backed LIV Golf series earlier this year.

On Wednesday, the Tour outlined plans to elevate four extra events for the 2023 FedEx Cup season, with commitment from the Tour’s top 20 players to compete in all 12 of the elevated events.

There is also a pledge to increase prize money, with a purse of at least $20 million available at each of those 12 events.

“Every single member of the PGA Tour is going to benefit from the changes that we’re going to be making,” said PGA Tour Commissioner Jay Monahan.

“The Tour is going to continue to grow by having the best players in the world committed to it, by us continuing to lean into and invest in our ethos, which is the single-best competitive platform.”

Monahan added that players who have signed up to the LIV Golf series would not be permitted to return to the PGA Tour in light of the changes made ahead of next season.

The launch of the controversial LIV Golf series, backed by Saudi Arabia’s Public Investment Fund and fronted by former world No. 1 Greg Norman, has attracted some of golf’s biggest names, including major winners Dustin Johnson, Phil Mickelson and Sergio Garcia.

The PIF has pledged to award $250 million in total prize money to the series. Each of the first seven events have a total prize purse of $25 million, with $20 million split between individual players and the remaining $5 million shared between the top three teams at the end of each week.

In a statement sent to CNN regarding the PGA Tour changes, LIV Golf said: “LIV Golf is clearly the best thing that’s ever happened to help the careers of professional golfers.”