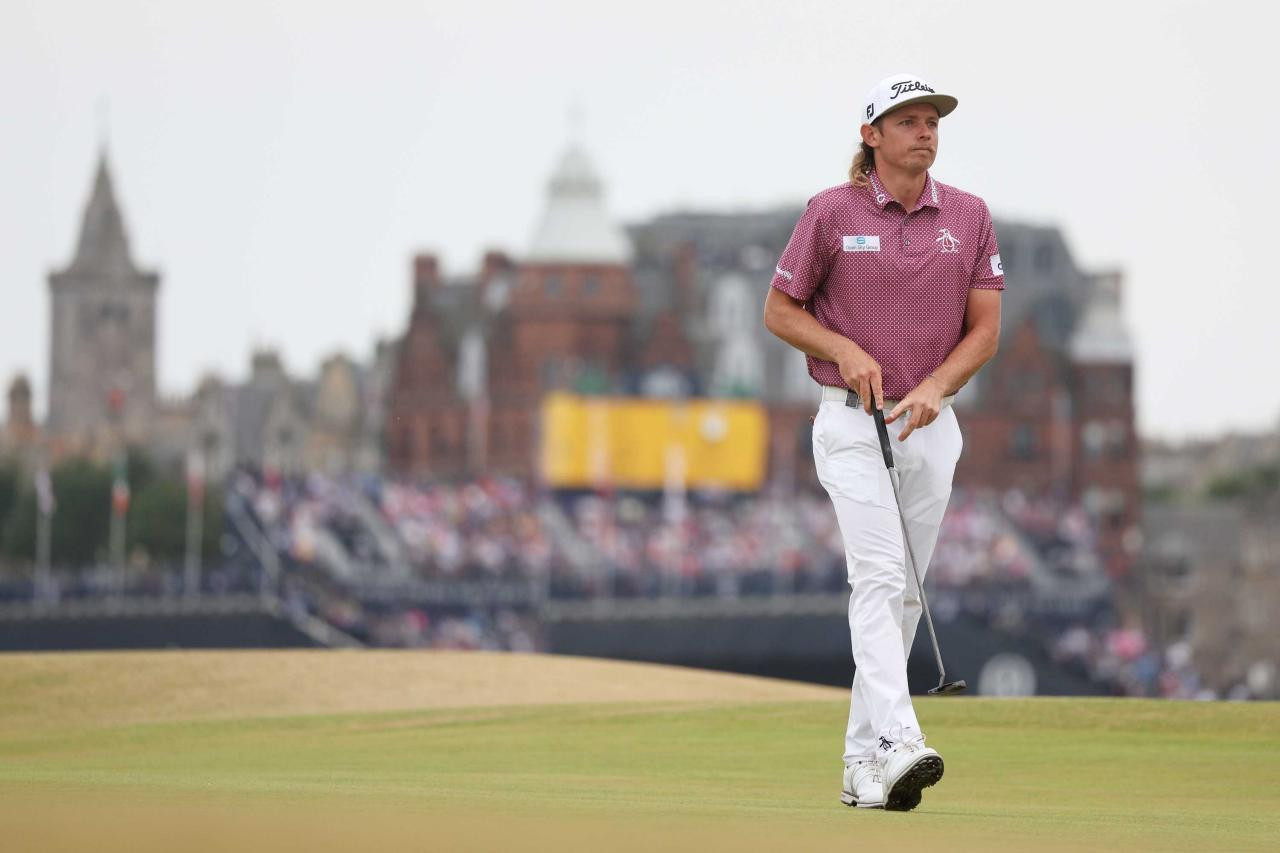 Cameron Smith's defection to the Saudi-funded LIV Golf circuit is the biggest blow yet to the US PGA and European Tours in a power struggle threatening to rip the sport apart.

Before the capture of the 29-year-old world number two on Tuesday, LIV Golf had been derided as a place for players past their prime to swell their pension funds.

No longer. Australia's Smith is enjoying the best year of his career and is one of the biggest draws in golf after winning the 150th Open Championship at St Andrews in July for his first major.

The colourful Smith, who sports a mullet and moustache, will make his LIV debut in Boston on Friday after reportedly banking more than $100 million to leap across the widening rift between the old and new forces in the sport.

Saudi Arabia has drawn major criticism over the murder and dismembering of journalist Jamal Khashoggi in its Istanbul consulate, and for cracking down on rights activists, many of whom have been jailed.

Smith, who will now be kicked off the International team for September's Presidents Cup, admitted to Australian Golf Digest that money was a motivator.

"It was obviously a business decision for one and an offer I couldn't ignore," he said.

Four-time major winner Rory McIlroy has been one of LIV's fiercest critics and reportedly spoke to Smith to make sure that the Australian knew exactly what he was getting in to.

"Any decision you make in your life purely for money usually doesn't end up going the right way," McIlroy said earlier this year.

"I just don't see the value in tarnishing a reputation for extra millions."

The brainchild of Australian former world number one Greg Norman, the LIV Golf Invitational Series is gathering momentum after a stuttering start that only drew more attention to where the money was coming from.

Norman drew scorn after dismissing the 2018 murder of Khashoggi as a "mistake". Amnesty International called the remarks "seriously misguided".