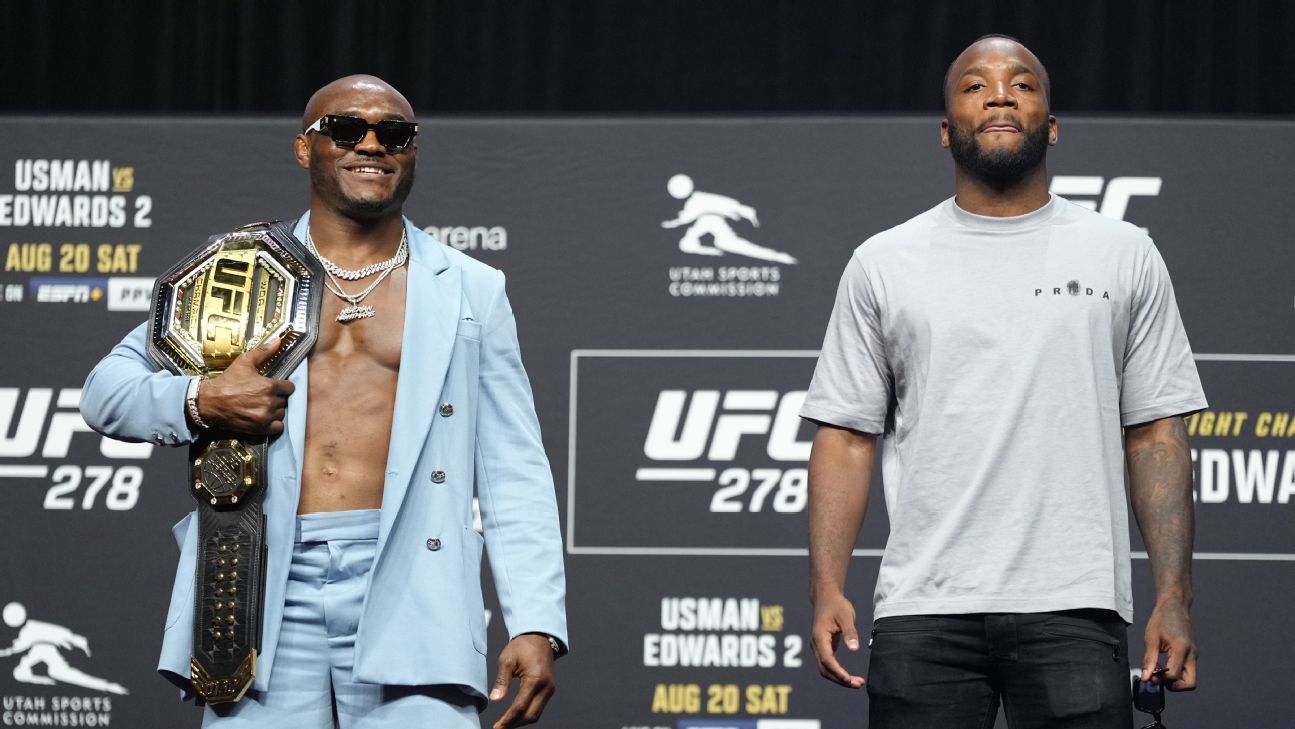 For sports fans, there’s nothing more exhilarating than watching the best of the best perform. Whether it’s LeBron James or Lionel Messi, Serena Williams or Tom Brady, the greats of every sport elevate the viewing experience.

So, MMA fans, welcome to UFC 278, a showcase for the pound-for-pound No. 1 fighter in the world.

Kamaru Usman (20-1), who headlines Saturday’s fight card in Salt Lake City with a title defense against Leon Edwards, has won 19 fights in a row, a run of success that extends all the way back to 2013 and his third professional fight. Usman has won 14 times in the UFC, including five defenses of the welterweight championship he took from Tyron Woodley in 2019.

The Usman-Edwards rematch is Saturday’s only title fight, but UFC 278 (ESPN+ pay-per-view at 10 p.m. ET, with prelims on ESPN, ABC and ESPN+ at 8 p.m. and early prelims on ESPN and ESPN+ at 6 p.m.) also features a couple of former champions, an undefeated fighter and others of interest. Here’s one observer’s ranking of the evening’s top five attractions.

Kamaru Usman makes the sixth defense of his welterweight title against Leon Edwards, and Paulo Costa takes on Luke Rockhold in the co-main event.

There are big-talking fighters out there who draw more eyeballs to MMA events, but in terms of supremacy inside the Octagon, no one in the sport matches the pound-for-pound king. Of course, some fans will frame this bout as nothing more than Usman circling back to revisit a challenger he already has vanquished. But that perspective ignores that Edwards has improved significantly in the nearly seven years since he shared the cage with “The Nigerian Nightmare.”

One aspect of his game that Edwards has not elevated is his trash talking, and what that tells me is he had to earn his way back to Usman the hard way. There’s no beef-driven backstory here, as there was when the champ took on Colby Covington and Jorge Masvidal twice apiece. Edwards just kept winning and made himself impossible for UFC matchmakers to overlook. That does not make him less of an obstacle for Usman. If anything, Edwards is slicker as a striker than any of the champ’s past challengers, so we might see the return of Usman The Wrestler. We haven’t seen much of that guy lately.

Aldo is 35 years old, not at all ancient for a fighter. And yet it seems like he’s been around forever. Didn’t he face Royce Gracie at UFC 1? No, I just made that up. But I do recall seeing Aldo race across the WEC cage for a dizzying 8-second flying-knee knockout win over Cub Swanson more than a dozen years ago. That was an early milepost in the Brazilian’s journey to becoming an MMA legend.

After a loss in a similarly quick KO by Conor McGregor in 2015 ended Aldo’s 18-fight winning streak and his six-year featherweight reign, there were a few lean years that saw Aldo lose five of seven fights. Was he done as a contender? No, he was not. Aldo has won three fights in a row at bantamweight, and neutralizing takedown-machine Dvalishvili could propel Aldo into another title shot. That makes this a must-see fight.

This bout, like the rest of the main card, will be on ESPN+ PPV, but that’s only because Disney’s TV offerings do not include a mystery channel. Is there a bigger enigma in MMA than Costa? Maybe at this point it’s Rockhold.

Costa has the physical tools to be at the top of the game, if only he could get out of his own way. In the past 16 months, he has pulled out of two fights and badly missed weight for another. And then there’s Rockhold, 37 years old and coming out of a three-year retirement. He was just 1-3 between 2015 and 2019, and had a brief reign as middleweight champ.

Who knows what is going to happen when these fighters get locked inside the cage together. Maybe that unpredictability is enough to pique the interest of fans.

Romanov is 16-0 with five UFC wins, all but one by finish. The Moldovan is 31, young for a heavyweight. How far can he take his run of success? Tybura will be a higher-level test. He has beaten some solid opposition, including Andrei Arlovski, Ben Rothwell and Serghei Spivac. If Romanov can handle Tybura, would that elevate him to the top 10? Let’s find out.

Several fighters could have filled this final spot on this list, from a decorated Brazilian jiu-jitsu competitor (lightweight Bruno Silva) to the sibling of a UFC champion (Francisco Figueiredo, a flyweight, whose brother Deiveson Figueiredo rules that division). But I’m going with Maverick for two reasons: First and foremost, I like the way she fights, and second, she faces Young in one of the card’s opening bouts, so my recommendation might entice you to your seat early in the evening. (You’re welcome.)

Maverick, 25, has lost two of her past three fights, but those defeats came at the hands of a couple of other rising prospects, Maycee Barber and Erin Blanchfield. Maybe Young, who is big for the flyweight division, will present the kind of challenge that will tell us what we have with Maverick. 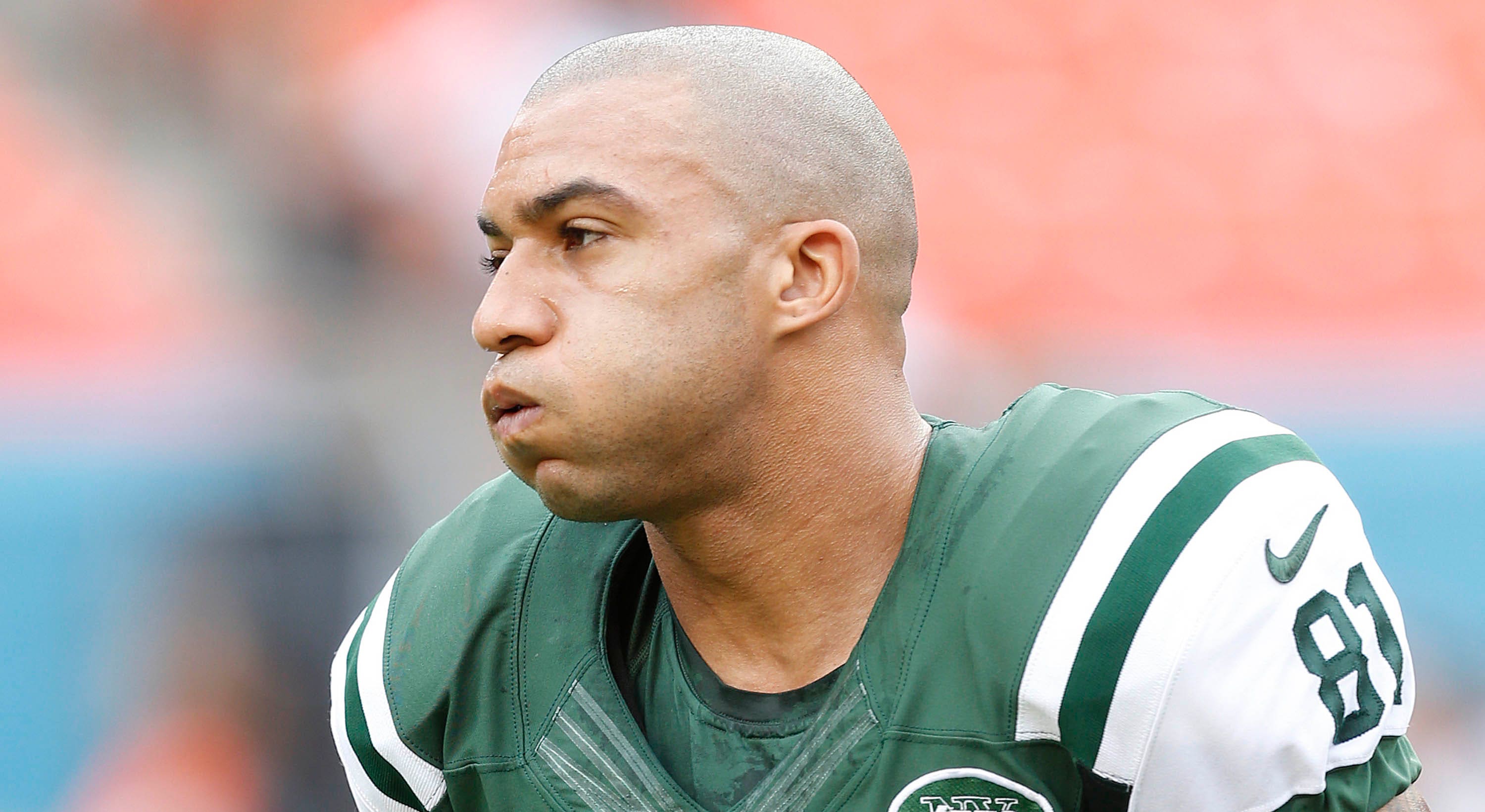