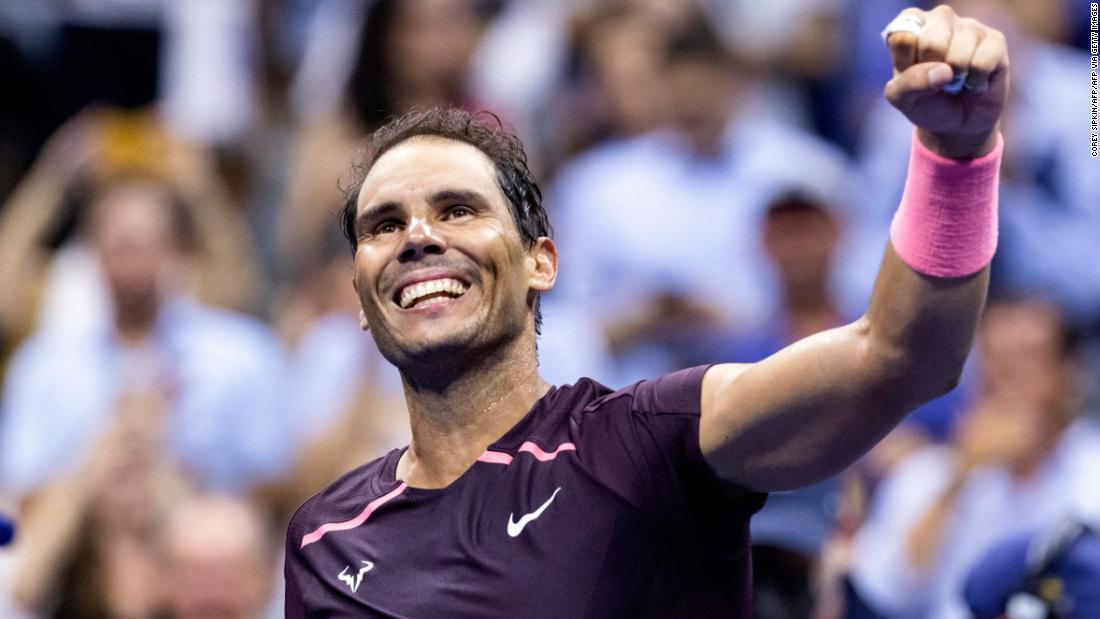 It means Nadal remains unbeaten in his 20 grand slams matches this year having triumphed at the Australian Open and French Open before withdrawing from the Wimbledon semifinals due to injury.

The Spaniard was playing his first US Open match since winning his fourth title at Flushing Meadows in 2019, and he had to overcome an early scare against world No. 198 Hijikata.

“I was a little bit nervous,” Nadal said of his performance in the first set. “First match here in New York after three years, a night session, it’s always exciting. I went through this tough moment.”

Hijikata secured the opening break with a lob at 3-3 before serving out for an early lead, but Nadal began to assert his dominance in the second set — breaking Hijitaka’s serve at the first opportunity.

Nadal seemed untroubled from there — leveling the match with another break, then taking the next two sets to complete the victory in just over three hours. He ended the match with 42 winners and 22 unforced errors.

READ: Defending champion Raducanu and Osaka both lose in US Open first round

With no Novak Djokovic in the draw, Nadal has a good chance of winning his 23rd grand slam title at this year’s US Open.

However, he enters the tournament short on match experience having played just once since retiring from Wimbledon with an abdominal strain — a defeat against Borna Ćorić at the Western & Southern Open.

“You know what, I have been practicing quite well during the whole week,” Nadal said. “Then competing is a different story. You need to go through all this process — it’s not easy.”

The 36-year-old was also questioned about taking too long between his serves during Tuesday’s game, but Nadal insisted umpires weren’t giving him different treatment and failing to giving him warnings for exceeding the time limit between serves.

“I have a problem that I am sweating a lot,” he explained. “When you are playing during these very humid conditions, we have the biggest problem today, that is we don’t have the ballboys bringing the towel to you for the last couple of years — you have to go to the farthest place of the court to take the towel.

“The problem for players like me is that I am sweating that much. When you go to pick up the towel, you are going to be in trouble with the time, so I am not going very often. I don’t think I have a different treatment from the umpires at all.”

Nadal will face Italy’s Fabio Fognini in the second round — a player he has beaten 13 times across 17 matches.