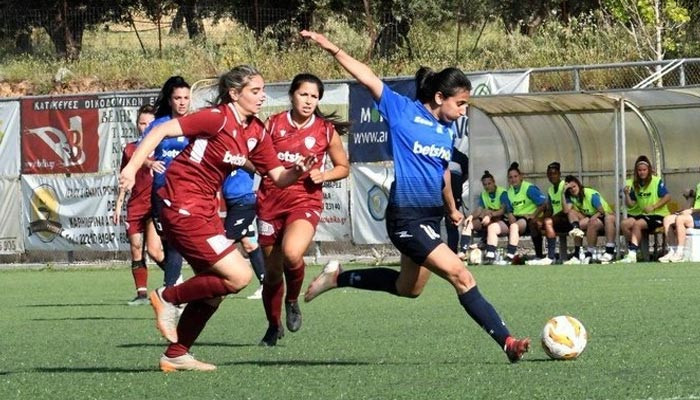 KARACHI: Taking a lesson from the success of the Philippines, the Pakistan Football Federation (PFF) has decided to include dual-national or Pakistani origin players based in other countries in the national setup to strengthen the women’s football team.

Reliable sources have confirmed that PFF has contacted over a dozen female footballers based in UK, Greece, America and UAE to know their willingness for representing Pakistan in international football.

FIFA rules allow dual nationals to pick either the country of origin or country of residence to represent in international football.

Among them, one is UAE-based Maria Khan, who had previously played National Women Football Championship in Pakistan as well.

Maria was called up for Pakistan camp and she’s all set to represent the country in next month’s SAFF Football Championship.

UK-based Nadia Khan, who plays for Doncaster Rovers, has also expressed her willingness to play for Pakistan. However, it is unclear if she’ll be able to make it to the SAFF championship or not.

“A lot of players who have Pakistani roots, will have to complete some documentation before becoming eligible to play for Pakistan but this will be sorted out soon,” the source said.

“If not SAFF then Olympic Qualifiers — but PFF is aiming to have some oversea based skilled players in Pakistani national squad by next year,” it added.

The source highlighted how the Philippines was helped by a group of oversea players to qualify for FIFA World Cup for the first time in history.

The Philippines squad that created history by earning the berth in the FIFA Women’s world cup included 12 USA-based players, three UK-based players and two Japan-based players. Only six in their squad were local players.

“If they can do it, why can’t we? We have some very good Pakistani girls playing top-level football in UK and USA who can help the country win some glory at the top level,” the source expressed.

A UK-based player, Maryam Mahmood — who plays for West Brom women — was contacted by the footballer and she can be in Pakistan colours by next year.

Other players who were approached by the federation include Samaira Khan of Actonians, Shakeela Hussain of Stevenage and Layla Banaras of Birmingham City.

Based in Greece, Aqsa Mushtaq — who plays for Aventes Chalkida — was also approached by the football federation.

Two USA-based players Aaliya Scott and Kayla Siddiqi could be on PFF’s radar as well but they’ve not been approached yet.