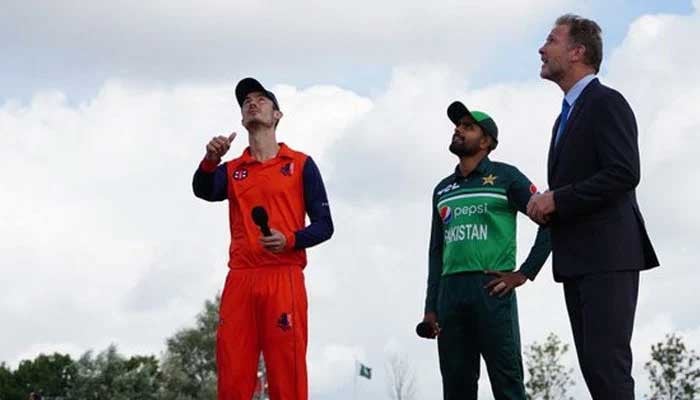 ROTTERDAM: The Pakistani team managed to set a target of 206 against the Netherlands in the final ODI of the three-match series at Hazelaarweg Stadium.

Pakistan skipper Babar Azam on Sunday won the toss and decided to bat first against the hosts.

The Pakistani batting line-up couldn’t bat according to their plan as debutant Abdullah Shafique was sent back to the pavilion after scoring only 2 runs in 5 balls by Vivian Kingma.

Fakhar Zaman also wasn’t up to the mark as he scored only 26 runs in 43 balls.

Meanwhile, skipper Babar came to rescue the touring party and helped them to reach 206 runs. The number one white-ball batter scored 91 runs in 125 balls, including seven fours and two sixes.

Pakistan has already won the series after beating the Netherlands in the first two matches of the series at the same venue.

Opening batter Abdullah Shafique made his ODI debut, as he replaced Imam-ul-Haq.