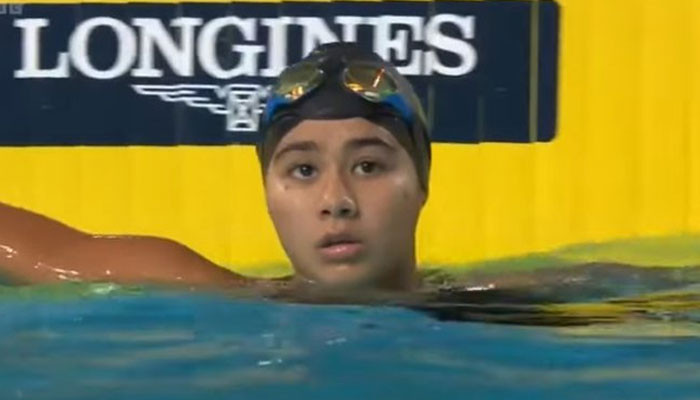 KARACHI: Pakistani swimmer Jahanara Nabi has improved her own national record in women’s 800m swimming during the Islamic Solidarity Games in Konya, Turkey.

The previous record was also with Jahan Ara which she created by clocking 9:44.80 in the national swimming championship last year.

Earlier in Commonwealth Games at Birmingham, Jahanara had clocked 1:01.51 to complete her heat in Women’s 100m Freestyle to create a national record in the category for country.

Among other swimmers at Islamic Solidarity Games, Fatima Adnan Lotia clocked 1:18.78 in women’s 100m backstroke and finished 4th in her heats but did not advance to the final.

Mishal Hayat Ayub clocked 36.83 in women’s 50m breaststroke and failed to qualify for the next stage of her competition.

Earlier, Mohammad Amman Siddiqi had qualified for the finals of men’s 400m freestyle with timings of 4:19.05 but couldn’t do enough in the final and clocked 4:20.66 to finish 8th in the final.