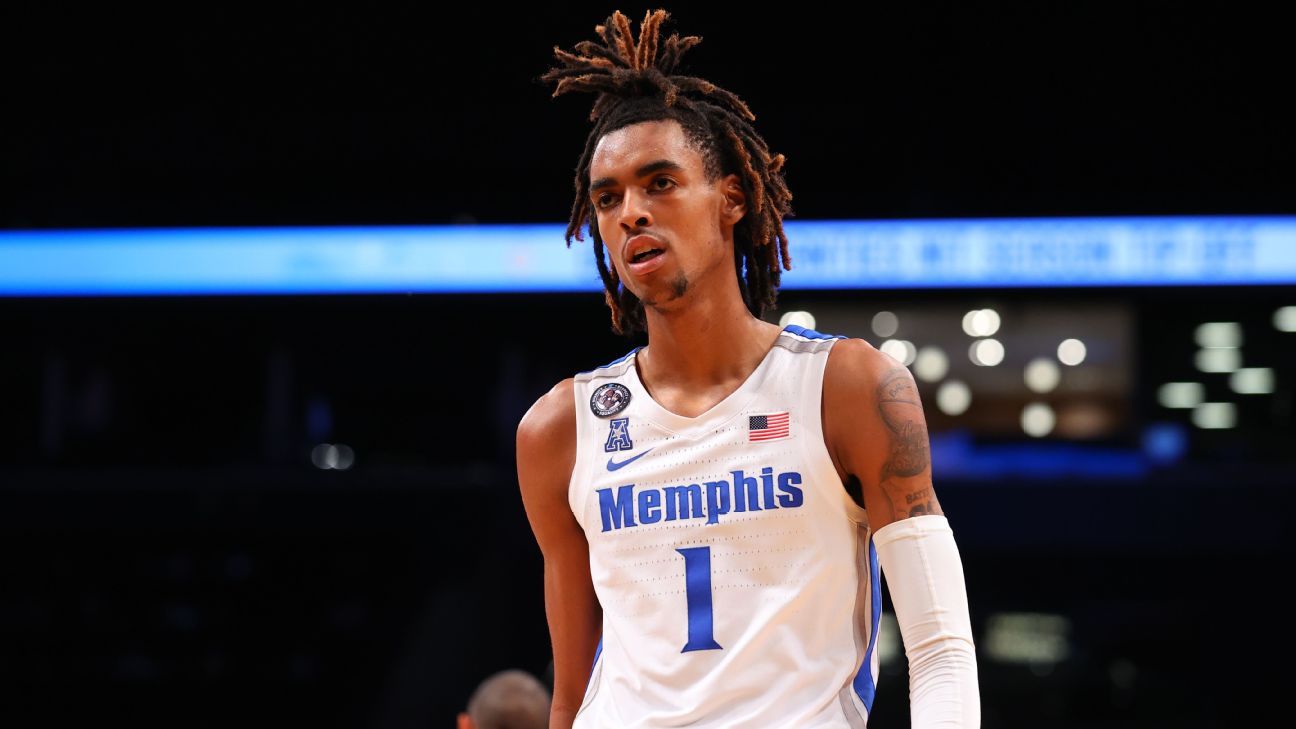 The school announced Tuesday that the 6-foot-9 guard will play for his hometown Eagles this season, nearly two months after Bates shared his plans on social media.

“I love my city and coming home to do something special was big for me,” Bates said. “I’ve known several of the guys on the team from playing together and competing. Having a strong relationship and bond with my teammates and coaching staff was important to me.”

He averaged 9.7 points and 3.3 rebounds per game last season as a freshman at Memphis, where he enrolled after reclassifying to skip a year of high school and join the class of 2021.

Bates committed to playing for Tom Izzo at Michigan State two years ago, later de-committed and signed with Memphis. Bates played in 18 games for the Tigers, who finished 22-11 under Penny Hardaway. Bates missed much of the season with a back injury before appearing in Memphis’ two NCAA Tournament games.

Bates announced in April that he was leaving the school and later said he would decide among Michigan, Arkansas, Seton Hall, DePaul, Louisville and Eastern Michigan.

In 2019 as a freshman, the slender and skilled guard led Ypsilanti Lincoln to a state title and was named Michigan’s Division 1 Player of the Year by The Associated Press. His sophomore season was cut short by the COVID-19 pandemic and he attended Ypsi Prep Academy as a junior, his final year of high school.

Eastern Michigan was 10-21 overall and 5-15 in the Mid-American Conference last season and has not appeared in the NCAA Tournament since 1998.

Eagles coach Stan Heath is entering his second season at the school. He is a former Izzo assistant and was head coach at Kent State, which he led to the round of eight in the 2002 NCAA Tournament, Arkansas and South Florida.

“I realize what a special moment this is by having a No. 1-ranked player in the country in Emoni Bates join our program,” Heath said. “He is an NBA talent and we are committed to winning and helping him and his teammates reach their dreams.”