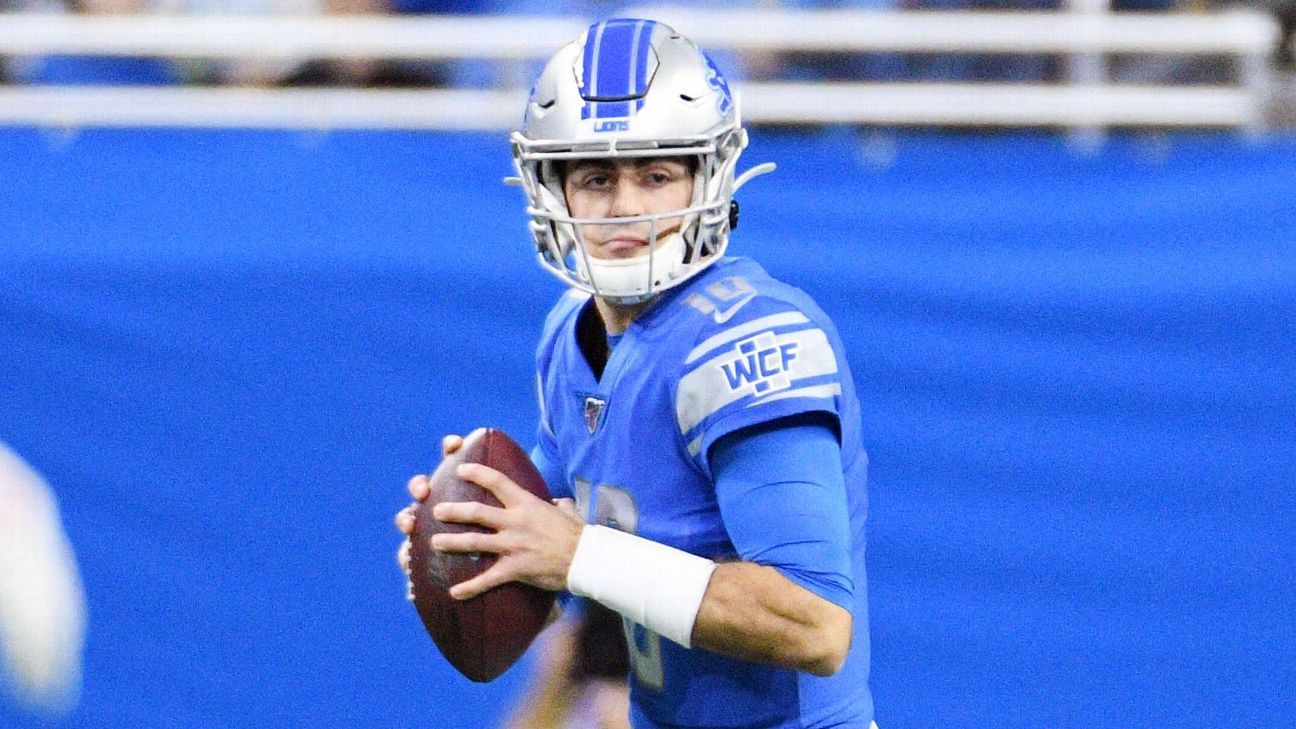 DETROIT — The Lions have turned to the waiver wire to find a backup quarterback after they cut Tim Boyle and David Blough.

Detroit announced Wednesday that it had waived Blough and signed former San Francisco 49ers backup Nate Sudfeld, who will serve as the backup to Jared Goff. The Lions cut Boyle on Tuesday.

The Lions are interested in bringing Blough back to their practice squad, a source told ESPN’s Adam Schefter.

Sudfeld, 28, made four appearances for the Philadelphia Eagles from 2017 to 2020, throwing for 188 yards with one touchdown and one interception. He spent the 2021 season with the 49ers, who cut him Tuesday.

Both Boyle and Blough put up disappointing efforts in the preseason finale against the Pittsburgh Steelers. Afterward, Lions coach Dan Campbell said he got “clarity” on the backup quarterback situation.

“I think it’s what anybody would think for the position, and is it somebody we know can come in and, if something happens, you know, that they can steer the ship and they can sustain and win some games?” Campbell said. “If you lose your starter for two or three games, can they win those games for you is what you’ve got to decide. So that’s what we’re wrestling with.”

Blough, 27, joined the Lions in an August 2019 trade with the Cleveland Browns and had spent the past three seasons in Detroit. He made five starts in the 2019 season, going 0-5, and totaled 1,033 passing yards with four touchdowns and seven interceptions in seven career games.