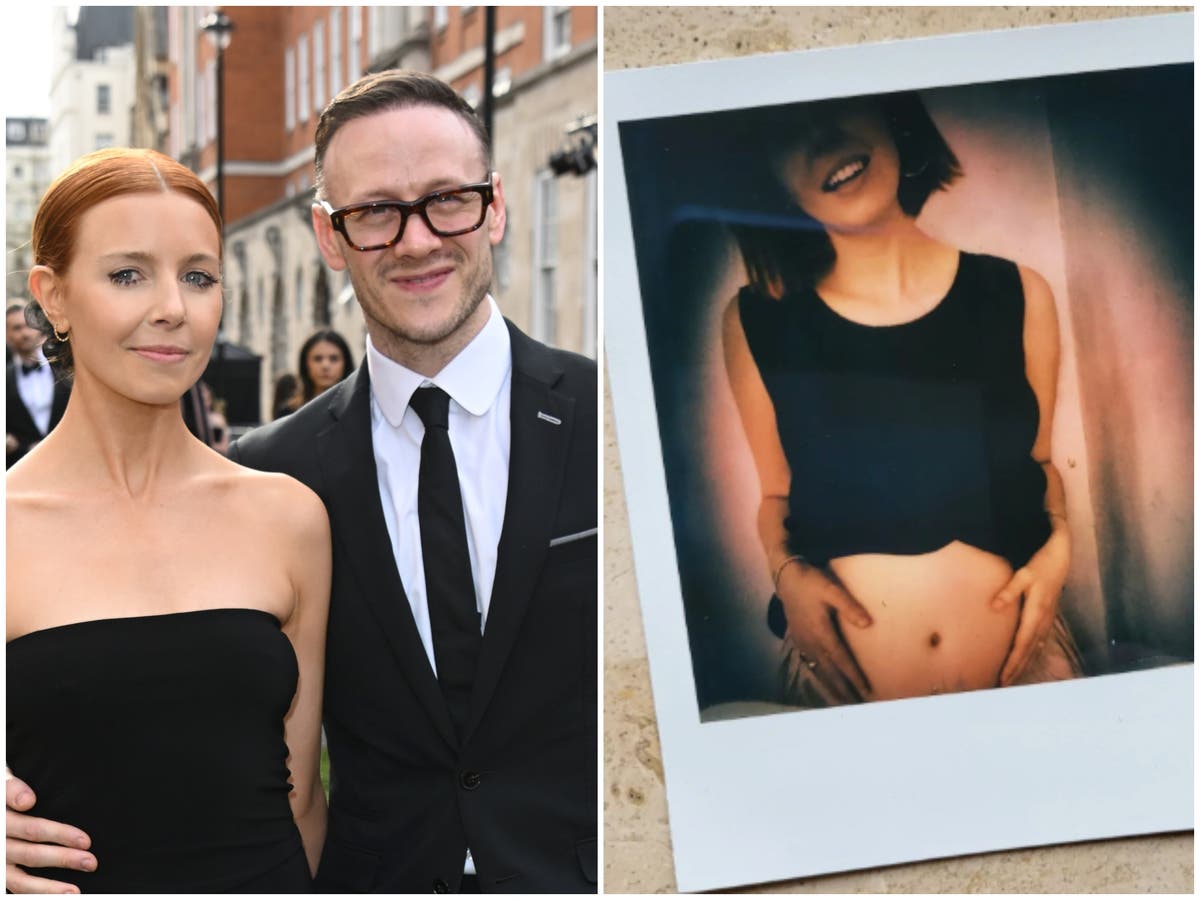 Stacey Dooley has confirmed she is expecting her first child with partner Kevin Clifton.

Taking to Instagram on Friday (26 August), the presenter posted a polaroid image of herself with her growing stomach.

“Gaaaaaaang…..We are having a baby!” Dooley, 35, captioned the image.

“(Was becoming impossible to hide and if one more person asks me if I’ve had my tits done in LA I’m gonna scream). Here goessssssss.”

Dooley and professional dancer Clifton, 39, first met when they were paired together on BBC’s Strictly Come Dancing in 2018.

Dooley split from boyfriend Sam Tucknott in early 2019 and later confirmed that she and Clifton were dating.

Speaking about the public interest in her and Clifton’s relationship on Loose Women last year, Dooley said: “I did [struggle] initially, I did at the start. I didn’t realise there would be such an interest, particularly with who I fancy and who I’m dating. I thought that was dull for everyone else.

“Now, Kev and I have been together for two years, so no one’s really that fussed anymore, and we’re so dull!”

Dooley previously revealed that she is in “no rush” to get married and would “prefer” to have children.

In an episode of Stacey Dooley Sleeps Over, she said: “Kev and I have been together for two years.

“I don’t think I want to get married. I think I’d be more interested in starting a family than getting married.”

Celebrity friends have been quick to congratulate the pair, with Jessie Ware commenting: “Ohhhhh thrilled for you guys! Amazing.”