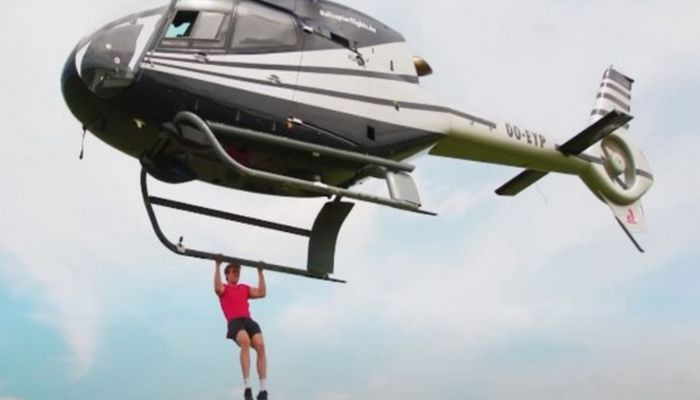 A Dutch YouTuber who is a fitness enthusiast created a new record for the most pull-ups in a minute while he hung from a helicopter, according to Guinness World Records.

Stan Browney, along with his YouTube partner and athlete Arjen Albers, created the new record at the Hoevenen Airfield in Antwerp.

Reportedly, the duo trained for weeks to break the record. Browney, who is a pro at callisthenics performed 25 pull-ups mid-air.

While GWR posted their video of executing the mindblowing task, the pair too recorded their preparatory journey for their viewers.

The previous record for the same task was 23 pull-ups.

Albers went first to break the record and did so by achieving 24 pull-ups. Browney, who went second, surpassed that number and was declared the winner.