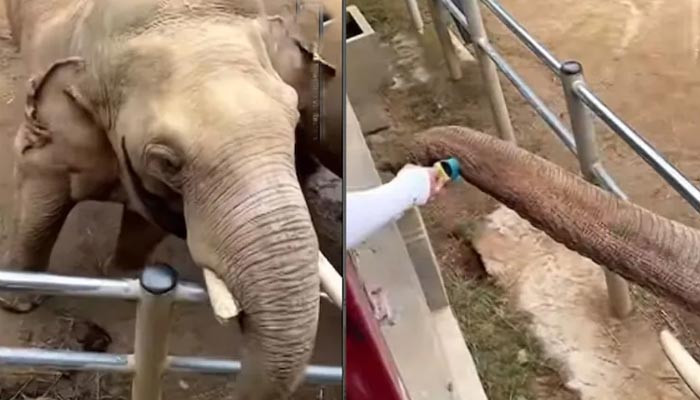 Elephants are exceptionally smart animals and this video has proved it. A video that has been making rounds on the internet shows an elephant returning a kid’s shoe that fell inside its enclosure.

The video was filmed in a zoo in China’s Shandong province.

In the video, the amazing creature could be seen lifting the shoe with its trunk and giving it to the person standing on the other side.

“This elephant was up to the… tusk. The animal returned a child’s shoe after it fell into its zoo enclosure in eastern China,” the video was captioned.

The shoe belonged to a child who had visited the zoo.

The video was posted on Instagram and garnered over 1 million views.

Netizens were surprised by the animal’s intelligence called it “smart”.