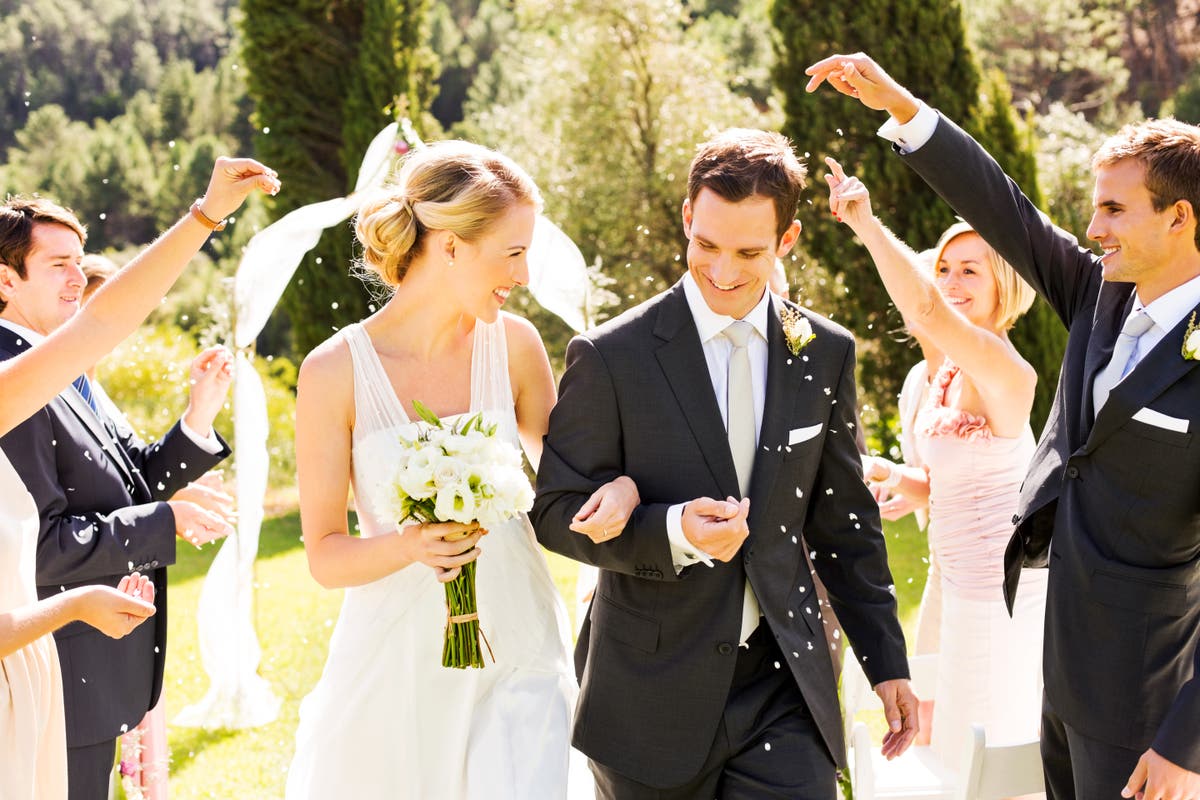 A bride has questioned whether she was wrong to ask her wedding photographer to edit her sister-in-law’s outfit in pictures from the event so it wouldn’t be the same white as her wedding gown.

The woman, who goes by the username u/Low-Abbreviations352 on Reddit, posed the question in the AITA [Am I the A**hole] subreddit, where she explained that her now-sister-in-law wore a formal jumpsuit with a white top and black pants to her June wedding, but that she hadn’t said anything at the time.

However, according to the newlywed, when she was going through photos from the wedding after with her photographer, she realised that her sister-in-law’s outfit choice competed with her bridal look.

“I felt like they were a bit silly since the top part of her outfit was literally the same colour as my wedding dress, and in certain photos, it really made her pop out,” she explained, adding: “Since they are my wedding photos, I requested the photographer to make my SIL’s top to be grayish instead if possible. We only edited the ones where she was standing next/near me by the way.”

After the photos were edited, the woman said she sent them to her family members, at which point her sister-in-law became upset and questioned why her top had been edited a different colour. Despite explaining that she stood out “too much” in the original white colour, the Reddit user said her sister-in-law requested originals of the photos.

According to the bride, she initially tried to fulfil her sister-in-law’s wishes and reached out to her wedding photographer about receiving the original prints. However, she said the photographer informed her that it would be an additional cost, even if she were to send the original photos unedited, so she then told her sister-in-law that she could pay for the photos.

“I contacted my photographer. She said she could send them but at a cost since they were additional photos. I asked if she could just send the raw over, no processing etc, but it was still extra. So I told my SIL if she wanted the original photos, she could give me the extra money and I’ll get them for her,” the bride recalled.

AITA for editing my wedding photos to remove the white top my SIL was wearing? from AmItheAsshole

The bride then said the situation escalated over the next few days after she learned that her sister-in-law was talking about her to other family members, prompting her to contact her new family member directly. According to the bride, she asked why it was so important to her sister-in-law that her top appear white, to which she said “she looks really good in white, and bought that outfit specifically since she wanted good photos”.

The Reddit user concluded the post admitting that she was left “dumbfounded” by her sister-in-law’s response and decided not to reply, but that she later learned from her husband that his sister was upset by her behaviour and believes her to be “insecure” for having the photos edited.

After asking if she is the one in the wrong, the woman noted that, on the day of her wedding she hadn’t said anything to her sister-in-law because she “really didn’t think her outfit mattered that much” before seeing it in the photos, while also adding that the results were “partially due to the backgrounds we used, the lighting and camera work etc”.

The post has since been upvoted more than 4,000 times, with many Reddit users assuring the bride that she is not the one who is wrong in the situation.

“Don’t wear white to a wedding, unless you have checked with the bride. Nobody cares if it’s your favourite top or you look amazing in white, just wear literally anything that isn’t white and don’t cause an issue, it’s really not that hard,” one person commented.

Another said: “You don’t wear white to a wedding. You don’t even wear something with a white base. No white dress/top/skirt. Not even if it has another colour with it, or a floral pattern or anything. NO WHITE. I do not, for the life of me, understand why people struggle with this basic concept. Don’t do it.”

“NTA [not the a**hole]. Your SIL should’ve known better than to wear white to a wedding. But then again, she actually BOUGHT the white top to wear on this occasion. So she’s actually the AH for knowingly trying to stand out on someone else’s special day,” someone else wrote.

While the majority of users were in agreement that the bride had not done anything wrong by editing the photos, there were some who questioned whether she’d applied the same rules to men who wore white shirts to the wedding.

“She wore an outfit where just the top half was white to a wedding, it’s not like she showed up in a white lacy ball gown. Did OP also edit out every man who was wearing a white dress shirt?” one person asked.

In response to the question, the bride revealed that she hadn’t asked the photographer to edit the men in the photos because their suits and jackets took away from the pops of white.

“As far as colour goes, no one else wore a lot white, except some men with button up shirts, however, the white was often very overshadowed by the colour of their suit jackets,” she explained.

According to Brandi Hamerstone, owner and wedding planner at All Events Planned, it is never okay to wear white to a wedding, as you don’t want to look as if you wanted to appear bridal on someone else’s wedding day.

“The bride may or may not wear white (maybe ivory, maybe champagne) but it’s her colour for that day. You don’t want to be mistaken for the bride in a white or lace gown,” she told Martha Stewart. “You don’t want to stand with the bride and look as though you were attempting to look bridal on someone else’s day. Even when or if that wasn’t your intention, that’s what people (and possibly the bride) will think and who wants to be ‘that’ person?”

However, according to the Emily Post Institute, “it’s acceptable to wear white, as long as it doesn’t ‘distract from the bride or her attendant’s dresses’”.

That being said, the etiquette experts note that, “if a guest or attendant has any hesitation about appropriate attire, it’s usually best to check with the bride, and follow her wishes”.