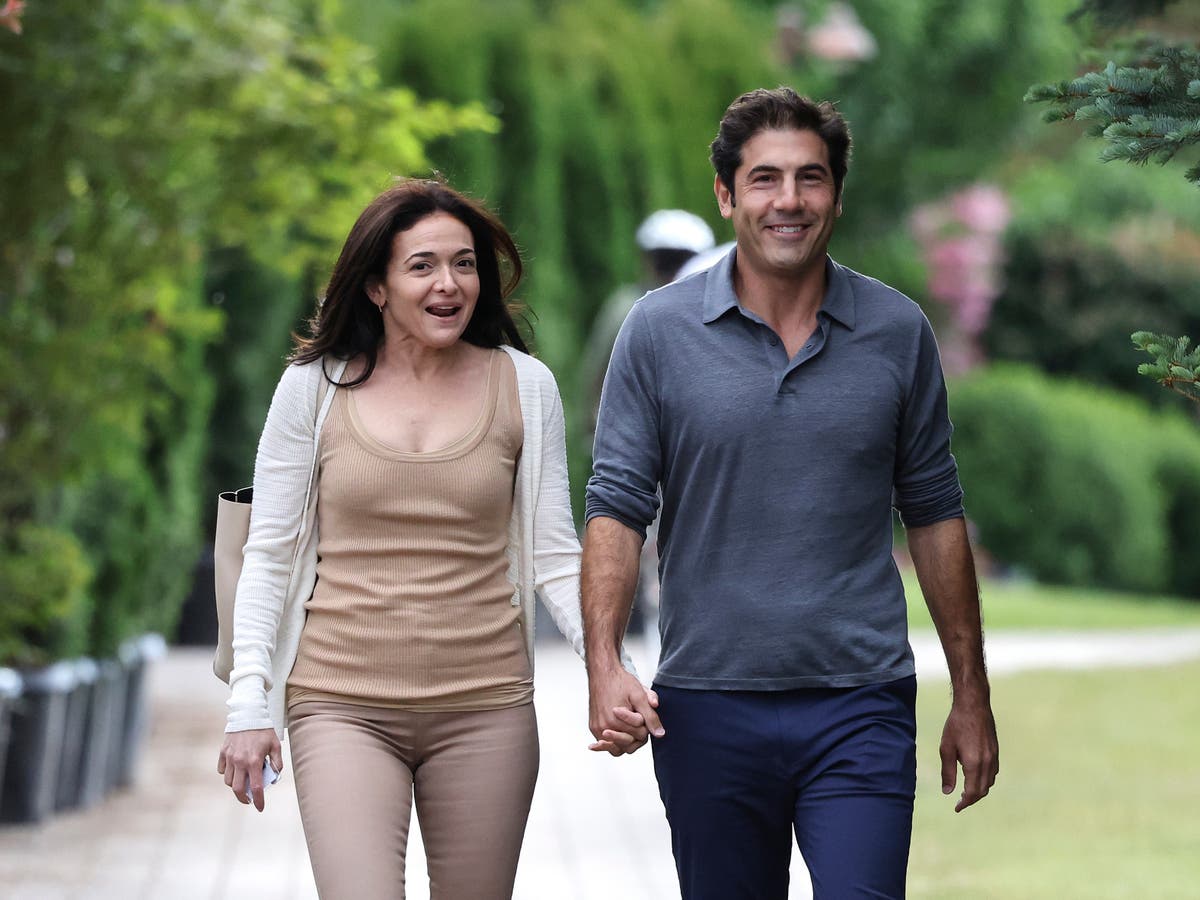 Sandberg, 52, will step down from her role as COO at Meta – the umbrella company that owns Facebook, Instagram, and WhatsApp – in autumn to instead focus on “foundation and philanthropic work”.

The outgoing social media chief, who has a net worth of $1.5bn, according to Forbes, will continue to serve on the company’s board.

The announcement arrived while she was the subject of an internal comapny investigation for using corporate resources to plan the nuptials.

Mark Zuckerberg’s second-in-command shared a photo on Instagram standing with her new husband on path tucked away in an idyllic woodland scene, which she capitioned: “MARRIED,” accompanied by seven hearts.

Bernthal, 50, who founded the consulting firm Kelton Global, shared the same picture, and added his own affectionate message.

“After both experiencing loss, @sherylsandberg and I weren’t sure we would ever find love again,” he wrote.

“Over the last three years, we’ve merged our lives and blended our families. Our wedding today was a dream come true.”

The ceremony was reportedly held Wyoming, and the groom – staying true to the Western inspiration – donned jeans and cowboy boots donned by the groom, reports People.

The Facebook deputy’s two children, who she shared with her late husband, Dave Goldberg, and Bernthal’s three children all attended the nuptials.

“It is our wedding as the seven of us,” Bernthal told the magazine.

“We keep saying, ‘We’re all getting married,’ ” Sandberg reportedly in reference to their now-united families.

Goldberg’s brother, Rob, served as a co-officiant after he introduced the newlyweds back in 2019.

Rather than asking for gifts, the newlyweds asked their guests to donate to charities VOW and CARE to fund anti-child marriage programs and poverty alleviation efforts, which the couple has raised $1m and $0m for, respectively.