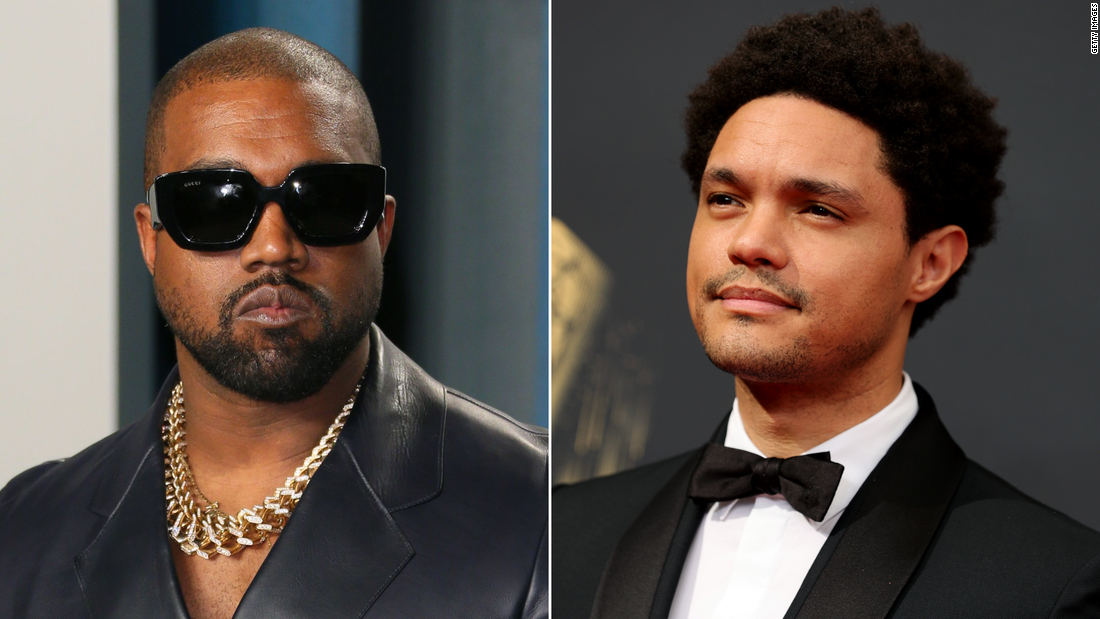 In the past, the two had feuded over Noah’s comments that West was “harassing” his ex wife, Kim Kardashian, during their divorce, but Noah says now it’s more complicated than that.

“It’s easy to stand on the sidelines, see a train crash coming and say nothing about it,” Noah said on Variety’s “Awards Circuit” podcast.

Noah added that people are complicated.

He credited West’s artistry and says he is still able to care for him as a human being.

“Kanye West is somebody who has an indelible impression on my life. His music has literally taken me through different periods of my journey, But then there are also moments where I go, like, ‘Man, Kanye, you, you’re going off the rails here.’ But I can still say that ‘I care for you as a human being, that’s; that’s why I’m speaking out. I’m not going to not care for you — I’m not going to hate you all of a sudden,” he said, adding, “That’s how I try and see the world; that’s how I would hope people would see me.”

“All of us should have an opportunity at redemption,” Noah said.