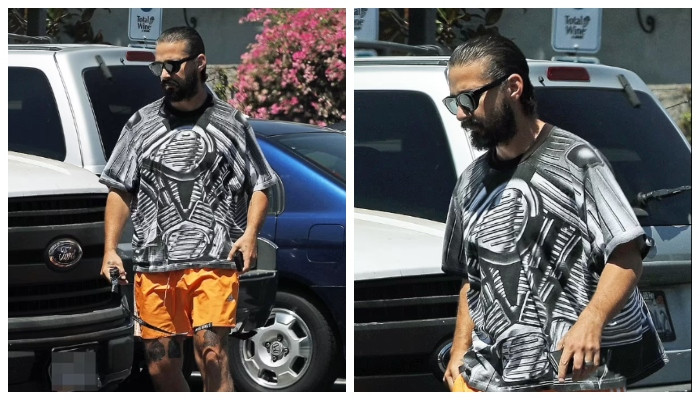 Shia LaBeouf is making his first public appearance since engaging in a public spat with Olivia Wilde.

In a Variety cover story published this week, Wilde claimed that she had to fire LaBeouf from the role of Jack, which ultimately ended up going to Harry Styles, now Wilde’s beau.

On Saturday, in Los Angeles Wilde was seen in a public spot as he donned a pair of casual orange Adidas shorts and a graphic black and a white t-shirt.

He bared his tattoo-inked thighs in the bottoms and wore black socks with matching slides.

Shia slicked his dark hair back and sported a full beard with a pair of glossy black sunglasses.

The outing comes just a day after he penned an unprecedented email to Olivia Wilde, which was published in Vanity Fair.

In the impassioned note, he claimed that he wasn’t fired from the director’s movie Don’t Worry Darling, despite widespread belief that he was.