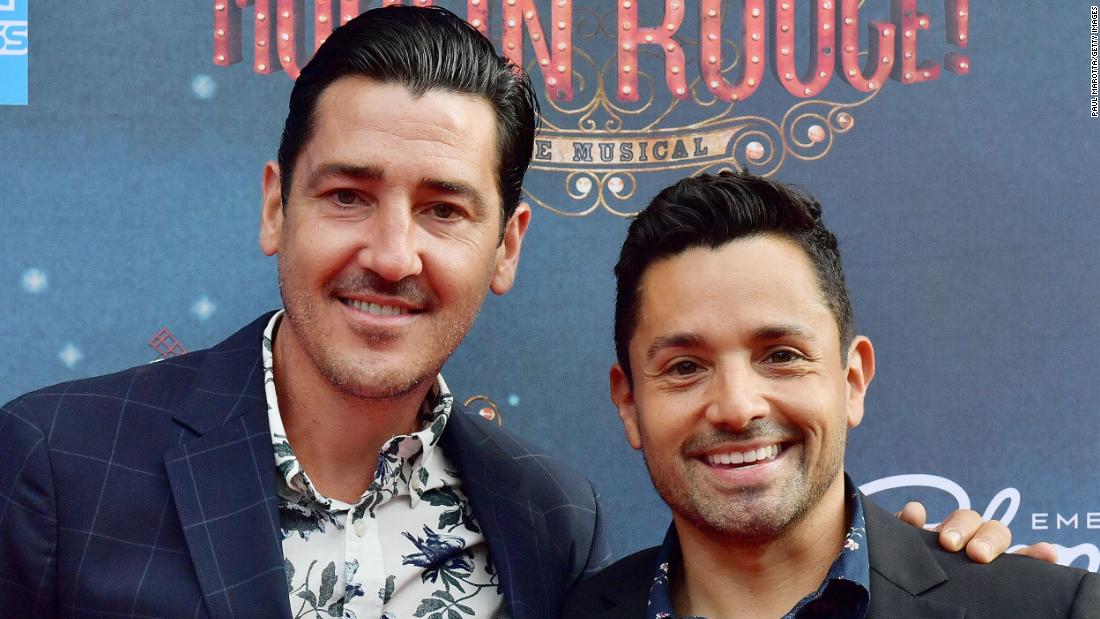 Knight initially played coy when “ET” host Lauren Zima asked him if he and Rodriguez had married after Knight called Rodriguez his husband.

“We may have, we may not have,” the “Step by Step” singer said with a smile, although Zima later pointed out that he was wearing a flashy wedding ring.

Eventually, Knight admitted to Zima that the two had wed. The couple have been together since 2008 and became engaged in 2016, according to People, and even competed together on the 26th season of “The Amazing Race.”

The pair is based in Massachusetts, where they film the HGTV series “Farmhouse Fixer.” On the series, Knight renovates farmhouse-style homes for clients that have included his mother and extended family, he told “ET.”

Knight recently returned from a New Kids on the Block tour with support from contemporaries like Salt-n-Pepa, Rick Astley and En Vogue.