Mable John, a soul and blues singer who became one of the first female recording artists signed to the Detroit label that became Motown and who later served as the lead singer in Ray Charles’s background vocal group the Raelettes, died Aug. 25 at her home in Los Angeles. She was 91.

Her nephew Kevin John confirmed the death, but he did not give a cause.

Many rock historians say Ms. John, with a sultry and intense delivery, was unjustly overshadowed by her younger brother Little Willie John, whose recording career in the mid-1950s predated hers by a few years. Both siblings, raised in Detroit, began singing in a family gospel group led by their mother, Lillie, who played guitar.

She told the Guardian that she was booted from her role as the statewide choir coach for her Pentecostal church when she began traveling with her brother, who had early successes with songs such as as “Fever” and “Talk To Me, Talk To Me.” “They disapproved of the music,” she said. “I had gone over to the Devil. They told me that by going out into the world I was going back on everything I’d been taught. … So I just found another church.”

She gave varying accounts of how she came to know Berry Gordy Jr., the Ford assembly-line worker and fledgling songwriter who would start the Tamla label in in 1959 and Motown in 1960. But as her interest in secular music deepened, the future record-company mogul apparently saw possibilities in her talent. Gordy helped shape her sound and stage presence by taking her to see jazz singers he admired, including Dakota Staton and Dinah Washington.

At her gigs, Gordy often accompanied her on piano, and he secured her a slot opening for Billie Holiday at Detroit’s Flame Show Bar not long before the celebrated but troubled jazz singer’s death in 1959.

“I was convinced that if Berry Gordy didn’t play piano for me, I could not sing,” she told the Detroit News in 2007. Gordy was absent the night she was to appear onstage before Holiday. “He did that on purpose. That was my beginning and my foundation, because he taught me to do whatever it is you do, and not depend upon anyone else.”

In return for his mentorship, Ms. John played a support role in helping him start his business: She borrowed her boyfriend’s car to ferry Gordy, who couldn’t drive and didn’t own a car, to meetings with disc jockeys and record store owners.

Ms. John made her first records for Gordy in 1960, with his songs “Who Wouldn’t Love a Man Like That” and “Actions Speak Louder Than Words.” But her time at Tamla and Motown was short-lived, as she explained it, because Gordy deemed her style too blues-oriented to achieve crossover success with White audiences, which was his goal. Gordy began to focus his attention on much younger pop acts such as Diana Ross, the Marvelettes, and Smokey Robinson and the Miracles.

“Motown was just turning so pop, and I knew I wasn’t pop, but the writers were writing for success,” she told the Detroit News. “Berry was so busy with the business, and I found myself without a writer to concentrate on me as Berry had concentrated on me.”

By the mid-1960s, Ms. John signed with Memphis’s Stax records and established an artistic relationship with songwriters Isaac Hayes and David Porter. The three would chat about her life and her troubled marriage — conversations, often accompanied by Hayes noodling at the piano, that gave them ideas for songs.

After relating how she caught one of her husbands in bed with another woman, the two tunesmiths wrote a song that became her signature, “Your Good Thing (Is About to End).” The composition, a bluesy ode in which she dramatically tells her lover off with bitterness but no remorse, reached No. 6 of Billboard’s rhythm-and-blues charts.

Ms. John’s stint at Stax was brief but memorable. She often opened her shows with the sassy “Able Mable” — “My name is Mable/ And don’t you think I ain’t able/ I can take a complication/ Make it a simple situation.” Then, in 1969, she abandoned her solo career to go on the road with Charles, as the lead singer of his back-up trio, the Raelettes (sometimes spelled as Raeletts).

Ray Charles, a performer with a singular blend of styles, dies at 73

“Remember now, at the beginning I thought I could only sing gospel,” Ms. John told NPR. “With Berry Gordy, I found out I could sing the blues. I went to Stax and I find out I could sing love songs. I got with Ray Charles and we sang country — everything. And we could play to any audience. I wanted to sing what was in my heart to everybody that loves music, and Ray Charles was the place for me to be, to do that.”

Mable John, the oldest of 10 siblings, was born in Bastrop, La., on Nov. 3, 1930. The family moved to Arkansas before settling in Detroit, where her father worked in an auto plant.

Ms. John was reportedly married four times and had children, but a complete list of survivors was not immediately available. Little Willie John died in prison in 1968 while serving time for manslaughter.

In the late 1970s, she left the Raelettes and became a preacher with Joy in Jesus Ministries in Los Angeles. She also started a charitable organization, Joy Community Outreach to End Homelessness, which fed and clothed up to 150 people a day.

Ms. John portrayed a blues singer in director John Sayles’s 2007 movie, “Honeydripper,” and she appeared in “20 Feet From Stardom” (2013), a documentary about back-up singers. She also collaborated with author David Ritz on several novels about a fictional gospel singer, Albertina Merci, beginning with their 2006 book, “Sanctified Blues.” She produced and published her own gospel records and, on occasion, revisited her older material at blues festivals and Stax and Motown reunion shows.

The Rhythm and Blues Foundation honored Ms. John as a pioneer performer in 1994.

“I just get up every morning and I thank God for the activity of that day,” Ms. John said in 2007 to NPR. “And I have to thank a woman that’s no longer with us, Ms. Billie Holiday, because that’s the voice that I hear in my ear still to this day. I worked with her two weeks before she passed. And she said to me, honey — because I was frightened out of my wits — you can make it if you remember, always know when you have done or given enough. Not to be afraid and have guts enough to say, ‘I quit.’” 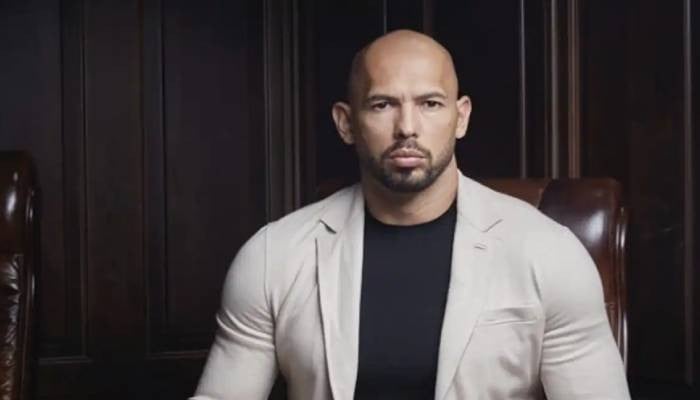