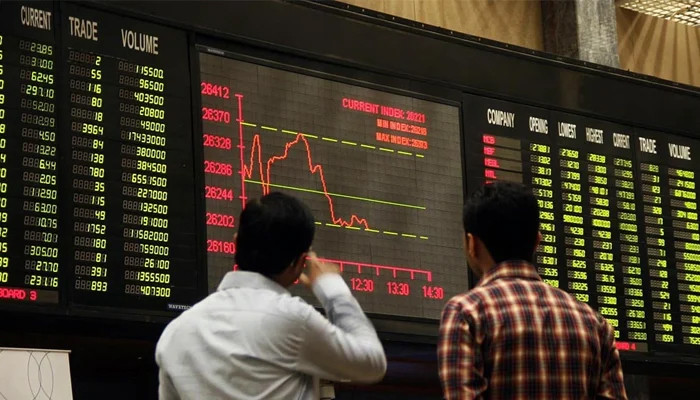 KARACHI: The Pakistan Stock Exchange endured a range-bound trading session on Tuesday as the benchmark KSE-100 index faced both bullish and bearish pressures but ended the day on a negative note.

The trading session started on a positive note but it registered a sharp decline around midday as investors weighed the impact of discouraging economic cues.

Discouraging financial results of companies coupled with the government’s decision to increase the price of petrol dented investors’ sentiment.

Moreover, the release of dismal remittances data that showed a decline of over 8% on a month-on-month basis dented the confidence of investors, leading to profit-taking later in the day.

A report from Arif Habib Limited noted that the market observed a range-bound session today.

The benchmark KSE-100 index opened in the positive zone although investors opted to book profit which resulted in the index closing in the red.

“The refineries and exploration and production sectors remained in the limelight due to result announcement during the day,” the brokerage house stated, adding that investors’ participation remained healthy whereas hefty volumes were witnessed in the third-tier stocks.

Shares of 360 companies were traded during the session. At the close of trading, 134 scrips closed in the green, 208 in the red, and 18 remained unchanged.

Overall trading volumes declined to 518.04 million shares compared with Monday’s tally of 541.54 million. The value of shares traded during the day was Rs16.21 billion.