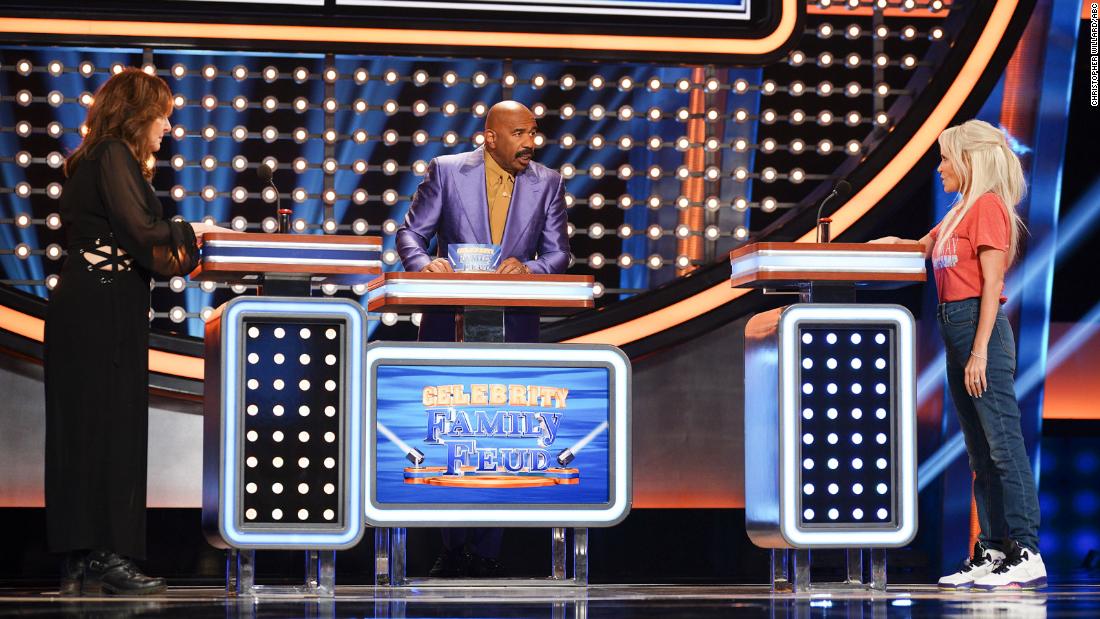 The singer and actress, who played Glinda the Good Witch in the Broadway production of “Wicked,” stunned Harvey with her answer to the question, “After the lips, what is your favorite part of a man to kiss?”

Chenoweth was playing opposite fellow actress Kathy Najimy when the now-viral moment happened.

After her answer Harvey paused a moment, seemingly surprised.

Her answer was not on the board, which allowed Najimy to score with her answer of “cheek.”

“You stay right over there young lady,” Harvey said as Chenoweth returned to her team’s side. “Nicest woman I’ve ever met.”