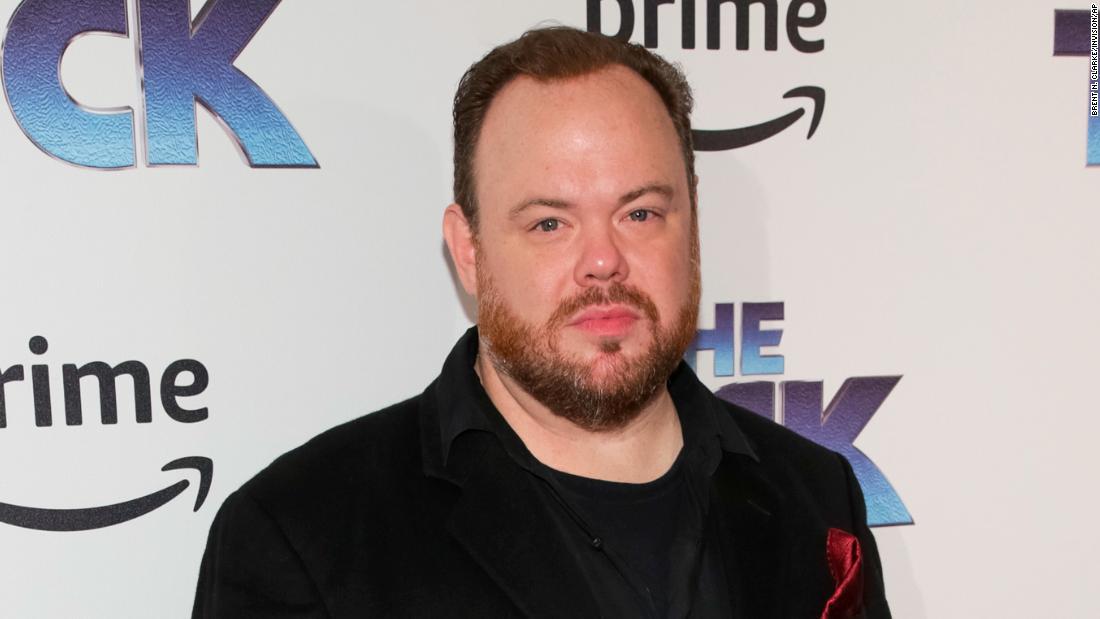 Ratray, who denied the allegation in a phone call with CNN, is currently facing domestic violence charges stemming from an unrelated incident in Oklahoma last December involving his then-girlfriend. He has pleaded not guilty in that case and has an upcoming hearing set for October.

It was the news of Ratray’s arrest in Oklahoma that prompted Lisa Smith to contact prosecutors about a police report she had filed in 2017, accusing the actor of raping her in New York City. She wanted to know why her case hadn’t been pursued. Prosecutors, she said, incorrectly believed she wanted to remain anonymous and didn’t want to press charges. As a result, the case was closed, she said she was told.

Smith, who also contacted CNN, said she was “devastated” that authorities failed to fully investigate her allegation when she initially came forward. She provided emails that suggest the case was closed even though she had taken steps to cooperate with the investigation, traveling from out of state to be interviewed by investigators at the Manhattan District Attorney’s Office and later providing a garment she wore on the night of the alleged assault for possible DNA testing.

New York police declined to address questions from CNN about the handling of the case. A spokesperson from the district attorney’s office confirmed they “are in touch” with Smith but declined to discuss the handling of the case. Emails reviewed by CNN show that a prosecutor has recently reached out to Smith for information, sought phone and text records and contacted potential witnesses.

Ratray has not been charged in connection to Smith’s allegations.

When reached by CNN in a phone call last week, Ratray, 45, said he recalled the evening with Smith nearly five years ago, but denied her rape allegation. “We did not have sex,” he said.

An attorney for Ratray did not respond to a request for comment sent by CNN via email.

Ratray, who played Macaulay Culkin’s bully of an older brother in both the 1990 film “Home Alone” and its 1992 sequel, has had a long career as an actor. He’s appeared in numerous films and television shows, including an episode of “Better Call Saul” last month.

Smith told CNN she had been friends with the actor for about 15 years before the alleged assault on September 21, 2017. On that night, she said, she met her brother, another friend and Ratray at a bar in New York City. The group later went to Ratray’s Manhattan apartment for another drink.

Ratray poured drinks for his friends, Smith said, but he seemed intent on giving her a specific glass. Shortly after drinking the beverage, Smith said she became exhausted and Ratray encouraged her to stay over and sleep on his couch.

She said she believes she was drugged.

Ratray sexually assaulted her for what felt like “an eternity,” she alleged.

Eventually he left her alone on the couch. It was some time around 2 p.m. the next day, she said, when Smith was able to move enough to throw her clothes on and get out of the apartment, she said.

Smith said she was initially reluctant to report the alleged rape because she had been assaulted once before by another man and felt she was treated poorly by police when she filed a complaint and submitted to a rape kit examination. An NYPD source confirmed to CNN that Smith had made a previous report.

The day after Ratray allegedly assaulted her, Smith told a friend, her sister and one of her brothers what had happened. All three individuals confirmed to CNN that Smith confided in them about the incident at the time. Her brother told CNN he carries guilt for leaving his sister asleep on Ratray’s couch. Smith’s sister and two of her friends also confirmed that a district attorney recently contacted them about the case.

A day after the alleged assault, Smith reached out to Ratray through a text message to confront him. Ratray denied the assault over text, she said. Smith no longer has the texts, but a transcription of the purported messages was in a separate text exchange between Smith and her sister, a copy of which was reviewed by CNN.

Ratray sought to cast the incident as a consensual encounter, according to Smith’s characterization of his response, but said he was unable to have sex because he was “impotent.”

The police get involved

A few weeks after the alleged assault, Smith—who had moved to Utah—said a friend encouraged her to file a police report, which she did.

A NYPD detective flew to Salt Lake City to interview her in November 2017. In the detective’s report, which he filed on January 4, he checked a box that indicated Smith did not want to prosecute. Yet, after that report was filed, Smith said she flew to New York to meet with the Manhattan District Attorney’s Office to be interviewed.

Smith said she never heard anything from the DA after she flew to meet with them less than two months after being interviewed by the NYPD. She told CNN this left her “sad” and “confused” by the lack of further communication.

In the fall of 2018, nearly a full year after Smith first reported her assault to the NYPD, she said she came across a storage bin with the outfit she was wearing the night of the alleged assault, specifically the sweater she had been wearing that she believed may have had DNA evidence on it. She told the NYPD detective about her discovery and mailed it to him. She did not hear from the detective after she sent him the clothing.

When reached by CNN, the detective who initially met with Smith declined to comment.

Smith pointed to her efforts to assist the investigation as evidence of her desire to prosecute her assailant.

“Why would I have met with the DA in the first place, years ago, if I wasn’t willing to press charges?…This was all very upsetting to me,” she said.

After Ratray’s arrest for domestic violence last year, Smith said a friend emailed her news stories about the case. She said reading his name in headlines is what motivated her to reach out to authorities and CNN.

“Seeing that he was accused of assaulting someone else made me realize that I needed to do whatever I could to prevent him from hurting even more women,” she said.

In May, Smith said she met with a prosecutor from the Sex Crimes Unit at the Manhattan District Attorney’s Office, who she says apologized for the way her case had been handled.

The prosecutor told Smith that she “should have at least been offered victims counseling all of those years ago,” she said. “When she said that I began to cry as I realized this was the first time anyone was acknowledging how deeply impacted I had been, or that I had been traumatized.”