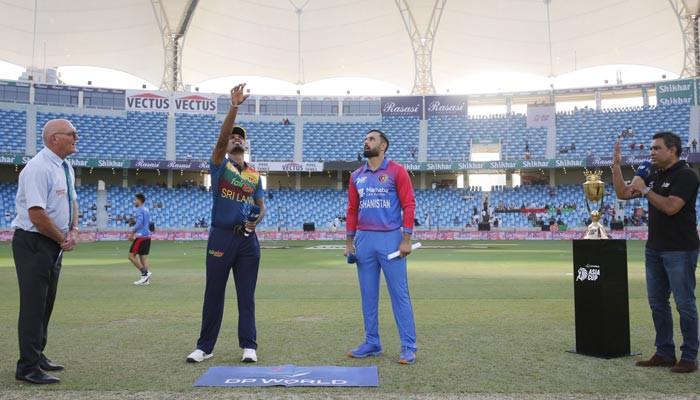 DUBAI: Afghanistan skipper Mohammad Nabi won the toss and elected to field first against Sri Lanka in the opening match of the Asia Cup Twenty20 tournament on Saturday.

The six-nation tournament was moved from Sri Lanka to the United Arab Emirates because of political unrest in the island nation and serves as a tune-up to the T20 World Cup in Australia in October and November.

Afghanistan, who have been drawn alongside Sri Lanka and Bangladesh in Group B, recently lost a close T20 series in Ireland but earlier swept Zimbabwe 6-0 in ODI and T20s and Nabi remains confident his team can deliver.

“We want to bowl first here. It’s a fresh wicket, there’s cricket after a long time in Dubai. We have plenty of all-rounders,” Nabi said at the toss.

India, Pakistan and Hong Kong are in Group A.