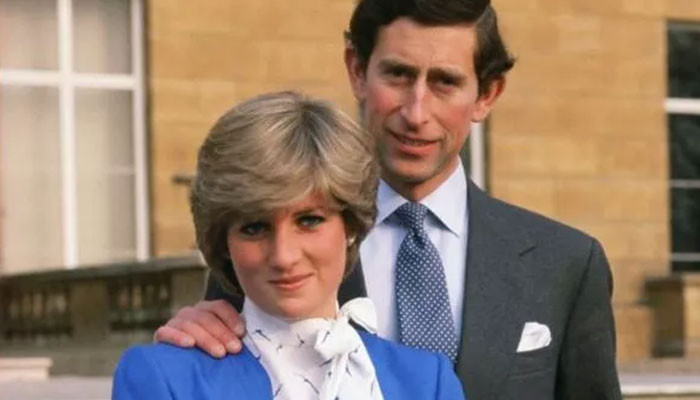 Paris: Twenty-five years ago on August 31, 1997, Britain´s Diana, Princess of Wales, died in a high-speed car crash in Paris.

For the next week leading up to her spectacular funeral, Britain was plunged into an unprecedented outpouring of popular grief that jolted the monarchy, which was seen by some as out of touch with the moment.

Here is how the week unfolded:

Divorced for the past year from heir to the throne Prince Charles, 36-year-old Diana and Egyptian playboy Dodi Fayed, are stalked by press photographers over their summer holiday in the Mediterranean.

They arrive in Paris in the afternoon of August 30 and dine that evening at the Hotel Ritz, owned by Fayed´s father Mohamed Al-Fayed. They try to leave discreetly from a back entrance shortly after midnight, in a Mercedes.

Chased by paparazzi on motorcycles, the car careers at high speed into a pillar in an underpass near the Alma Bridge opposite the Eiffel Tower on the north bank of the River Seine.

Rescue workers pull Diana out alive from the twisted wreckage of the Mercedes.

Seven photographers are arrested. Photographs of the crash are offered to newspapers for vast fortunes.

Diana is taken to Pitie-Salpetriere hospital where at 4:00 am (0200 GMT) she dies of massive chest injuries after two hours of desperate surgery.

The royal family, as usual, goes to church on Sunday morning. Diana is not mentioned in the service, for fear of upsetting her children.

The family clash over how to treat Diana in death, as she was no longer an official royal. Charles insists on using the royal plane to collect her body in person, against the initial wishes of Queen Elizabeth.

The press is the first to be accused. Diana´s brother, Earl Charles Spencer, says newspapers have blood on their hands.

Rattled, the British tabloid press tries to minimise the damage over the coming days. It lionises Diana and turns its attention on the royals.

“Born a Lady. Became our Princess. Died a Saint,” writes the Daily Mirror.

The popular fervour grows. Well-wishers queue for up to 11 hours to sign the books of condolence.

Since her divorce, Diana was no longer known as “Her Royal Highness” and did not have the right to a state funeral, although she still had the title of princess.

But Britons call for a tribute worthy of their “queen of hearts”.

Anger mounts at the silence of the royal family, who are still holed up in the Scottish Highlands.

Newspapers vent fury that the British flag is not flying at half-mast over Buckingham Palace and call on Queen Elizabeth to return to London and address her subjects.

The Sun tabloid asks: “Where is our Queen? Where is our flag?”. It says not flying the flag is a “stark insult to Diana´s memory”.

The palace´s flagpole is only used when the monarch is in residence, flying the sovereign´s personal flag, which never flies at half-mast.

Eventually, the royals leave the sanctuary of Balmoral.

When the queen and Philip later visit the flowers outside Buckingham Palace, they are applauded. There is huge relief in royal circles.

Elizabeth pays homage to her former daughter-in-law in a live televised speech on September 5.

“If they (the royals) fail to heed her lesson, they will bury not just Diana on Saturday — but their future too,” The Guardian broadsheet warns, as nearly a quarter of Britons call for the abolition of the monarchy in a poll.

The next day, nearly a million people line the streets to watch the funeral procession pass in a deep silence punctuated by sobs, cries and tolling bells.

The palace flies the British flag at half-mast during the funeral.

Their heads bowed, William and Harry follow the coffin, accompanied by Charles, Philip and Charles Spencer, watched by 2.5 billion television viewers around the world.

Elton John adapts his song “Candle in the Wind”, rewriting the lyrics in homage to Diana.

In the afternoon, the coffin is driven to Althorp, Diana´s ancestral home.

People line the route and hurl flowers at the hearse — a highly unusual sight in Britain.

The princess is buried discreetly on a small island in a lake.