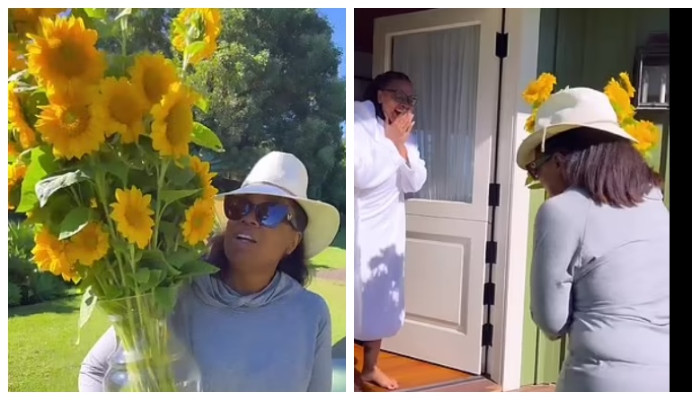 American TV host Oprah Winfrey celebrated her close friend’s birthday in her unique style and we cannot stop gushing over their cute bond.

The seasoned TV host, 68,  made her pal Ava DuVernay’s 50th birthday quite special by surprising her with a bouquet of fresh-picked flowers along with whisking her away for a three-day celebration in Maui.

The two pals have been friends for around 10 years, and have worked on an assortment of projects together throughout the decade, such as Disney’s A Wrinkle In Time.

Turning to Instagram, Oprah uploaded a video that showed her holding a vase full of sunflowers along with a card in her hand.

In the clip, the television producer stated that she had, ‘fresh-picked sunflowers from my garden just this morning.’

Following the first part of the birthday surprise, Oprah whisked Ava away to a three-day extravaganza in Maui to properly ring in turning 50.

In a separate post on the Oprah Daily Instagram page, a video showed a quick glimpse of Ava and her friend having a blast at the start of the fun-packed festivities in Maui.