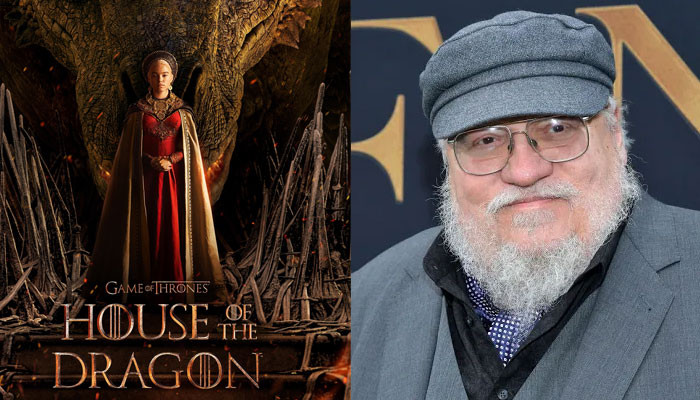 George RR Martin confesses he has “more influence” on the new series House of the Dragon than on the original hit show Game of Thrones.

In a recent interview with Wall Street Journal, the author of GoT revealed, “I believe that GoT needed to be 10 seasons at least and maybe 12 or 13. But I lost that one as I was taken pretty much of the loop after season five. ”

While elaborating on his contribution towards last couple of seasons of original GoT show, the 73-year-old novelist remarked, “I had no contribution to the later seasons except, you know, inventing the world, the story, and all the characters.”

“I believe I have more influence now (House of the Dragon) than I did on the original show,”  stated Martin.

Reportedly, the official synopsis of the spin-off revolves around the plot of Targaryen civil war and set hundreds of years before the events of GoT.

Prior to its premiere, Martin mentioned, “I’ve seen all 10 episodes now albeit in rough cuts, and I love what I’ve seen.”

“The spin-off is all I hoped it would be; dark, powerful, visceral, disturbing, stunning to look at, peopled with complex and very human characters brought to life by some truly amazing actors,” added the novelist.