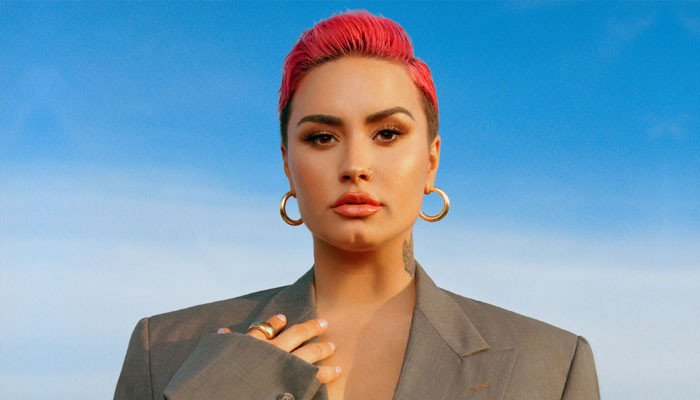 Demi Lovato opened up about being controlled by her former managing team when she was 18 till she turned 25 to an extent that it worsened her eating disorder.

The Sorry Not Sorry hit-maker made the revelations during her appearance on Call Her Daddy podcast, claiming that the control of her managers came to a point that led to her 2018 overdose.

“I started having a sober companion, which was helpful for me, but it should not have lasted three years,” the singer, 30, shared while adding that this “person” started monitoring her eating habits.

Lovato, who struggled with eating disorder went on to claim, “It became controlling around my food. And for someone in recovery from an eating disorder, that’s so dangerous.”

“It actually exasperated my eating disorder to the point where I became bulimic again from 2016 to 2018,” Lovato, who recently resumed using she/her pronouns, added.

She then recollected a night when she binged and purged following which her management locked her insider her hotel room.

“They barricaded me into my hotel room. They put furniture outside my door so I couldn’t get out and sneak out and eat if I wanted to,” Lovato continued. “It was that level of controlling when it came to my food, which just made my eating disorder worse.”

The singer alleged that the situation became so bad that she started throwing blood in 2017 but her team refused to help claiming she was not “sick enough.”

“This person looked at me and said, ‘You’re not sick enough.’ And I think that was his way of saying like, ‘No, you’re not going back to treatment because if you do, this will look bad on me,’ so I didn’t. I didn’t go back into treatment,” the Disney alum revealed.

“I felt trapped. I felt like I couldn’t get out of this situation and my way of blowing everything up was relapsing on drugs and alcohol,” Lovato referred to her near-fatal drug overdose in 2018. “They always said if you use, we’re out. And I was like, ‘All right, time to get out, bye.’”

Lovato went on to claim that there was a “brainwashing element” to her situation where her managers used to give her the impression that if she did not comply, she will end up losing everything.

However, she is no more in control of anyone and said that she has learned “a lot” from the horrible experience, adding, “no one can control me anymore.”

“I was under the control from 18 to 25 and those are years when you’re trying to figure out your adulthood. You’re no longer a teenager, but for some reason, I have people controlling everything I ate,” Lovato said.

“My business decisions were always being made for me and now I’ve found my voice. No one can ever do that to me again and I feel empowered by what I went through because I had to grow and I had to learn to accept that I’m my own boss.”