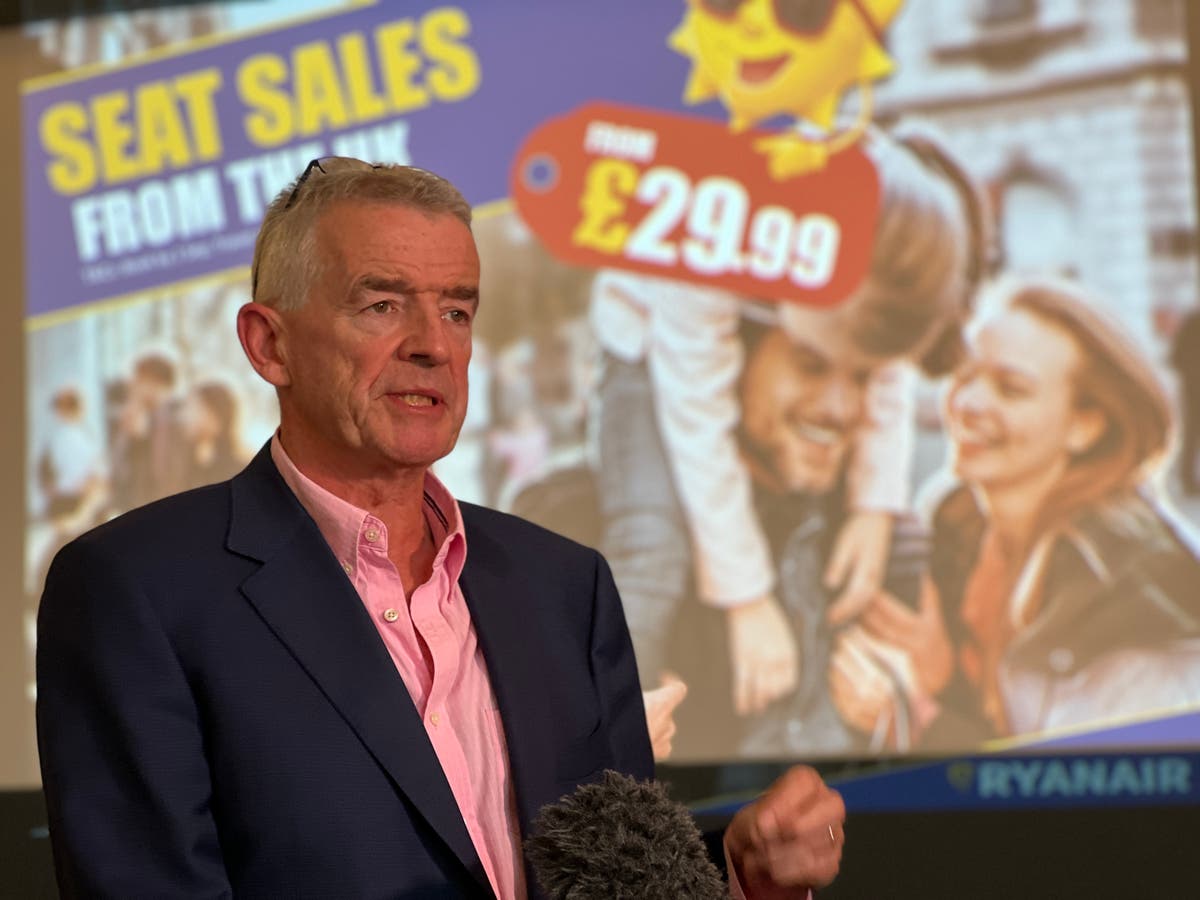 Michael O’Leary, chief executive of Ryanair, has vowed his airline will not fly to or from London Heathrow: “Never, ever while I live and breathe.”

The only time Ryanair aircraft have been seen at Heathrow was in 2010, when British Airways chartered some jets to operate short-haul flights during a cabin crew strike.

During the daily travel podcast for The Independent, the CEO of Europe’s biggest budget airline also called on the next prime minister to “negotiate a sensible free-trade agreement” with the European Union.

He said that a deal should allow free movement of labour – “because there’s not enough people here in the UK who want to do those jobs”.

Mr O’Leary criticised “the hard Brexit that Johnson and his ship of fools have inflicted on the UK economy”.

He said: “For hospitality, retail, agriculture, aviation we need those Europeans who are willing to work for the pay that we can afford.

“You’ve needed them for about 200 years so it’s going to be the same for the next 20 years.

“So get the economy functioning – get the restaurants open, get the hotels open again.

“The solution to that is not just to increase pay because that just adds to the consumer price inflation challenges over here. Already in the UK, you’re looking at over 18 per cent inflation.”

Before the 2016 referendum, in which a majority voted to leave the European Union, Mr O’Leary travelled to Westminster to lobby for a “Remain” vote.

Earlier this year the government said, in its publication The Benefits of Brexit: “Brexit is enabling us to improve the experience of UK air travellers. This includes increasing protections, such as access to compensation, for UK travellers, as well as enhancing competition, which over time will reduce prices, improve service quality and expand passenger choice.

“We will deliver a lower environmental impact and an aviation sector that drives sustained growth across UK regions, levelling up the UK. Brexit is supporting new opportunities for UK growth.

“We have greater freedom and flexibility to enable airports to support local areas through inward investment, jobs and levelling up across the UK.”

The government has announced air passenger duty on domestic flights will be halved from April 2023, encouraging a shift from rail to air for journeys within the UK.

But Mr O’Leary called for the £13 tax on departures to European Union destinations to be scrapped altogether.

Mr O’Leary, 61, also told The Independent he has no intention of retiring in the near future.

“I have four teenage children, thankfully who go back to school tomorrow,” he said. “I have no desire to spend more time with my children. I’m thinking of retiring when they grow up.”