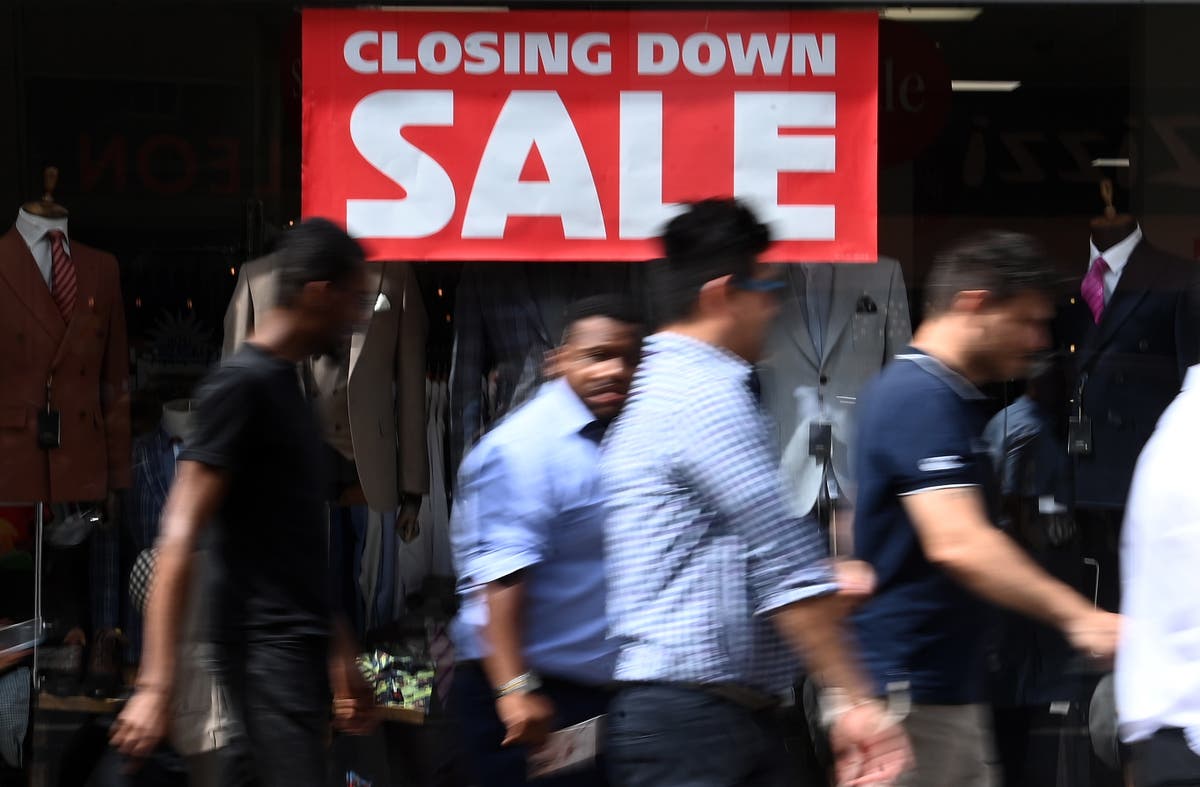 Hundreds of thousands of small businesses say they may be forced to shut down or downsize as a result of massive increases to energy bills this winter. One in seven small firms now fear they will have to shrink or close down altogether as experts warned a wave of insolvencies and bankruptcies would deepen Britain’s looming recession.

The outlook for UK high streets is particularly dire with just one in three retail and hospitality firms expecting any growth in the next year as shoppers tighten their belts.

The massive bill increases now landing on companies’ doormats pose an “existential threat” to many firms who face a “bleak” autumn and winter, the Federation of Small Businesses (FSB), warned.

High street firms – which have struggled to recover from a series of lockdowns – now face a double hit as consumers cut back due to plunging incomes. Cineworld became the latest firm to fall into trouble this week and is expected to file for bankruptcy within weeks.

Economists forecast real average wages will plummet by as much as 8 per cent in total with big falls this year and next as inflation far outpaces pay rises.

“Never before has real household disposable income declined by 2 per cent in one calendar year, let alone two in a row. That will surely prompt real consumer spending to fall,” Ms Gregory said.

Martin McTague, director of the FSB, said many firms simply could not cope with both falling demand and huge increases to bills.

“How is an independent café supposed to find another £20,000 a year to keep the lights on and the coffee machine going, when they are barely breaking even as it is?,” said

“How can a small manufacturer find another £70,000 to keep the production line going and the staff room heated? With five-figure annual energy cost increases common, too many small firms are being faced with impossible choices.”

The number of small businesses in Britain shrank by 400,000 last year during the pandemic and the FSB fears a similar figure could disappear because of unaffordable energy.

Small firms across the UK have already shared stories of being forced to close after receiving tenfold increases from suppliers.

Unlike households, small businesses’ bills are not covered by the energy price cap. While large companies can hedge against the risk of price movements, smaller firms typically cannot.

A poll by the FSB found that 14.7 per cent of small and medium-sized firms think they will have to downsize or close due to unaffordable energy.

Many fear that they will also be hit by plunging consumer spending as households see their incomes hammered by soaring prices which have pushed inflation to a 40-year high of 10.1 per cent.

Nine in 10 companies expect their costs to go up with two-thirds citing fuel and utilities as the main cause.

It came as prices for gas to be bought ahead for the winter months surged again to new record highs, prompting experts to warn that businesses and households face a “once-in-a-generation” shock to their solvency that means governments must step in to provide widespread support.

Robin Brown, who owns Yorkin Associates, a manufacturer of parts for utility companies said his energy bill will almost triple this year.

“Added to this the prices of all the materials we need to buy in including recycled material are increasing continuously and will do more so to cover their own energy price increases.

“Unfortunately, in our industry, we are not like a shop or fuel station where the costs can be covered in yet more price increases, our prices have to be relative to the services we support.”

The Labour party has proposed freezing energy bills for domestic customers until April next year when it is hoped prices may start to ease.

The move would ease pressure on households, potentially giving businesses a boosts as consumers have more money in their pockets. It would also bring down the headline rate of inflation but the two Conservative candidates to replace Boris Johnson as prime minister have both rejected the plan.

“Much more will clearly be needed, however, and we are yet to see Government step up to the plate and propose a solution that will stop small businesses going bust and prices skyrocketing due to uncapped costs.

“We need direct and immediate support from the Government: extending energy support issued via the council tax system to the rates system, direct help with bills for those small firms which don’t pay business rates, and cutting VAT on energy consumption will make a real difference in this space.

The FSB is also calling for immediate allocation of unspent covid relief funding to help businesses with rising energy costs.