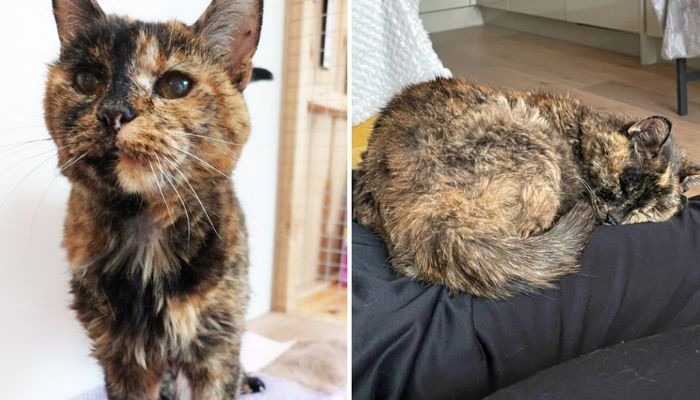 After her owner gave up on her because she was an elderly cat, Flossie, the world’s oldest cat was handed over to the Cats Protection charity in Kent last year.

Flossie was born in 1995 and is now recognised by the Guinness World Records as the oldest cat alive.

After a year, Flossie has found her new owner who is interestingly her age. The charity matched the cat with 27-year-old Vicki Green from Orpington.

Green, who has experience with older cats and has cared for them before, adopted Flossie, giving the animal new hope for life and a meaningful relationship. “I knew from the start that Flossie was a special cat, but I didn’t imagine I’d be sharing my home with a Guinness World Records title holder,” ITV quoted Green as saying.

Praising the cat and sharing her qualities, Green added that Flossie was “playful, sweet, and affectionate” for her age. She said that she was proud that the cat charity centre paired her with the “amazing cat”.

Due to her age, Flossie is deaf and her eyesight is deteriorating as well.

“But none of that seems to bother her. She’s complete with it, loves affection and has a very good appetite,” Flossie’s new owner said.

Green told the outlet that the cat never said no to food “except when she’s snuggled on her favourite yellow blanket.”

Twenty-seven years ago, the elderly cat was born in a colony of stray cats, somewhere near a Merseyside hospital. Two staff members from the medical facility felt mercy and adopted the cats in 1995.

She spent 10 years of her life with her first owner but after they died she was taken by the owner’s sister. She spent another 14 years with her who also passed away.

Flossie was then adopted by her second owner’s son who kept her for three years. However, he was forced to leave the pet and he decided it to take her to Cats Protection.

“She’s the oldest cat I’ve ever met, at least 120 in human years,” said Naomi Rosling, co-ordinator at the Tunbridge Wells, Crowborough and District branch which matched Flossie with Green.

Expressing her shock, she said she and her team were “flabbergasted” when the vet records revealed that the cat was 27.

“If I’m in such good shape when I’m her age, with someone who does what’s best for me when I need it most, I shall be a very happy lady,” the co-ordinator remarked.

Green told ITV that Flossie took some time to adjust to the new home. As she cannot see in the dark, she was confused about the new surroundings. While she was “loud for the first few nights”, now she snuggles with Green and sleeps well.